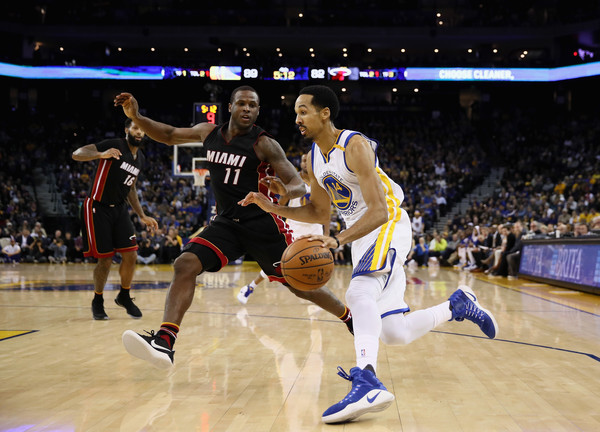 One of those players who acknowledged Livingston’s contributions was Miami Heat guard Dion Waiters.

After 15 years in the NBA, I’m excited, sad, fortunate and grateful all in one breath. Hard to put into a caption all of the emotions it takes to try and accomplish your dreams. I wasn’t supposed to be here. Anybody that has beat the odds understands the mental and emotional strain it takes to inspire yourself on an uphill war, let alone inspire others. “The injury” gave me a chance to find and prove to myself (and the world) that I wouldn’t be defined by my circumstances. With my time in the League what I will be most proud of is the fact that my character, values and faith were tested, and I persevered. To my pops that told me to “go get the big ball” I THANK YOU. To my Grandpa that always showed me there was more to life than basketball I THANK YOU. To my Uncles that helped raise me like I was one of their own, THANK YOU. To my wife and kids…the future IS BRIGHTER than our past, and I couldn’t see myself taking on this chapter without you. To all of my teammates, coaches, TRAINERS, staff, my journey is a collection of experiences, and those of you that helped me along the way, THANK YOU! To all the fans and anybody else that inspired me, supported me, cheered for me, or even said good words about me, THANK YOU. “The greatest gift we can give is service to others” #Raiseaglass ? 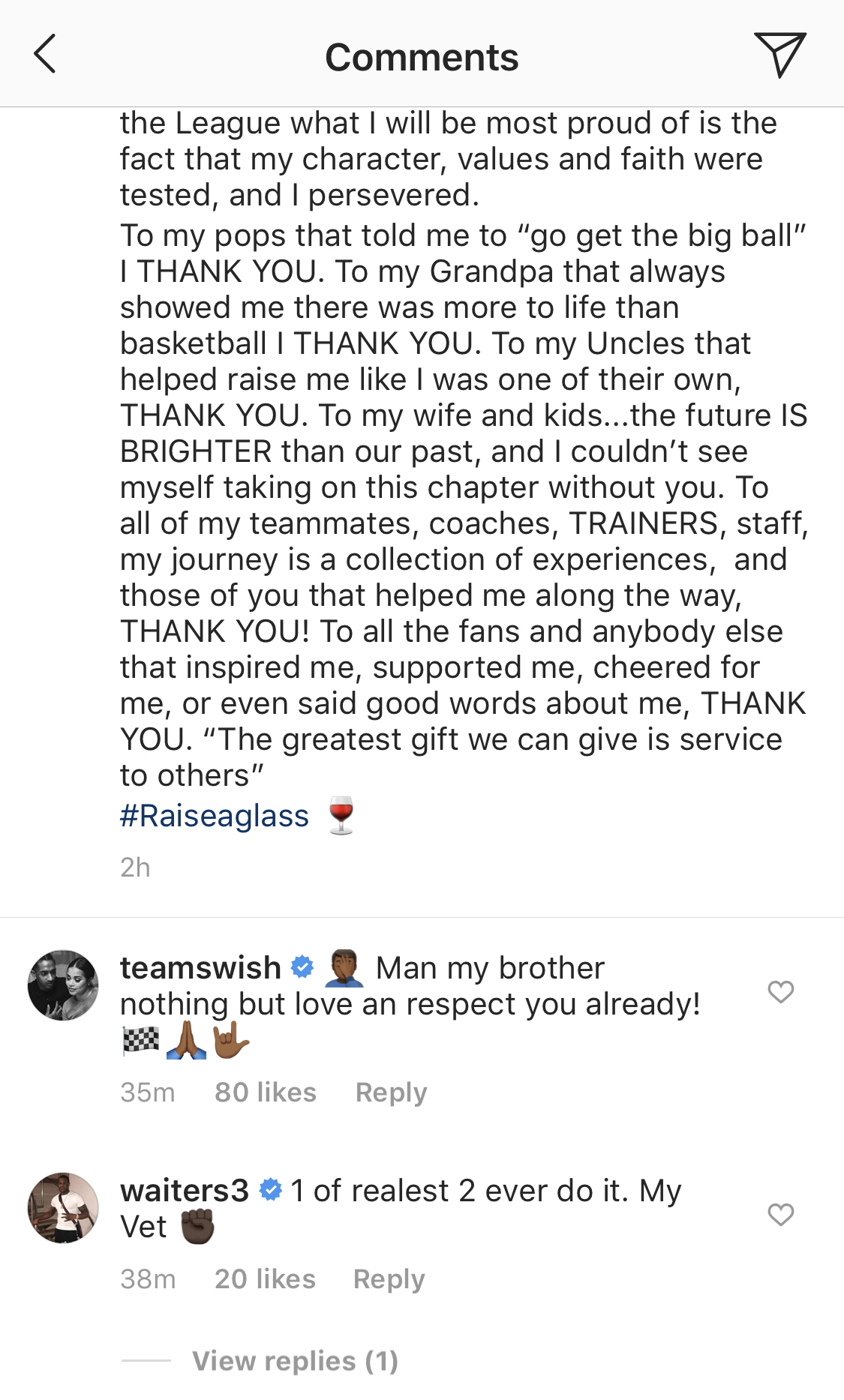 It was during Waiters’ first season in the NBA, after he had been drafted fourth overall by the Cleveland Cavaliers, that he and Livingston had their only professional connection. In December 2012, Livingston was signed by the Cavaliers and played 49 games for them that season.

Livingston went on to play the following year with the Brooklyn Nets before spending the last five of his 15 NBA seasons with the Warriors. His timing was impeccable as the Warriors won three of the next four NBA titles.

The Heat were the second of the nine NBA teams that Livingston played with, though that amounted to a cameo during his lengthy career. That’s because he played in just four games of the 2008-09 season before being dealt to the Memphis Grizzlies in January 2009.

Waiters’ career is nearly at the halfway point of Livingston’s time in the NBA. Beginning his fourth season as a member of the Heat, Waiters is hoping to stay healthy after playing in just 120 contests over his first three seasons in Miami. By delivering steady numbers, he will also most likely remove himself from any further trade talk that’s surrounded him in the past year.