Dion Waiters Used to Have Lengthy Debates About Dwyane Wade vs. Kobe Bryant 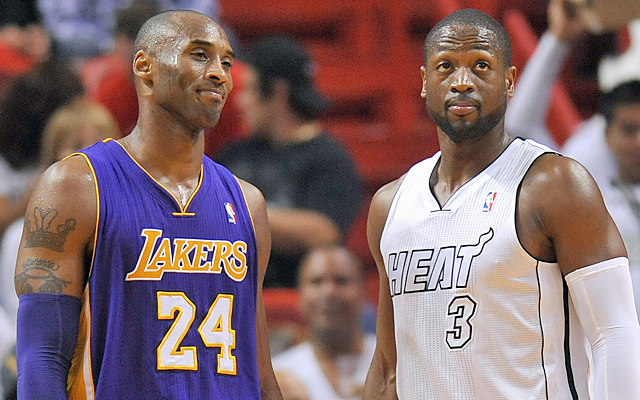 Miami Heat guard Dion Waiters’ delayed effort in getting back on the court after not playing for a full year because of injury has him eager to play again.

Shandel Richardson of The Athletic looked at the aftermath of Waiters’ explosive tirade on Tuesday night over playing time, which led to a fine from the team. Richardson pointed out the depths to which Waiters had sunk during his long rehab:

“It got so bad Waiters, 27, began thinking about life after the NBA, looking into real estate ventures. He quit watching and talking basketball. It surprised friends because he was always the guy sparking debates. Who was the better player: Kobe or Wade? Waiters could go on for hours.

“These lively arguments were replaced with lonely nights of playing Fortnite. Aside from seeing his two children, he only found happiness in binge-eating his favorite candies: Gushers, Sour Patch Kids and Swedish Fish. And potato chips. Lots of chips.”

Those dietary habits and lack of activity led to an embarrassing weight gain that was ridiculed on social media, with that extra poundage possibly playing a role in his delayed return. That’s because after his surgery last January, Waiters was expected to be ready to play anywhere from eight to 10 months later. Instead, he didn’t take the court until a Jan. 2 game in Cleveland.

While his criticism about a lack of playing time was attacked from all corners, Waiters has moved on and has his enthusiasm back for the game:

“I’m 27. I’m still young. I still got a lot of basketball to go. I still got a lot to prove to myself. I know if I’m healthy, I’m right there with those guys. I just got to put it together. I know I’m going to be All-Star before it’s all said and done. It’s all about opportunity and allowing me to be me and not trying to put a cap on me.”

The next opportunity for Waiters to see action will come on Friday night when the Heat play in Detroit.
[xyz-ihs snippet=”HN-300×250-TextnImage”]