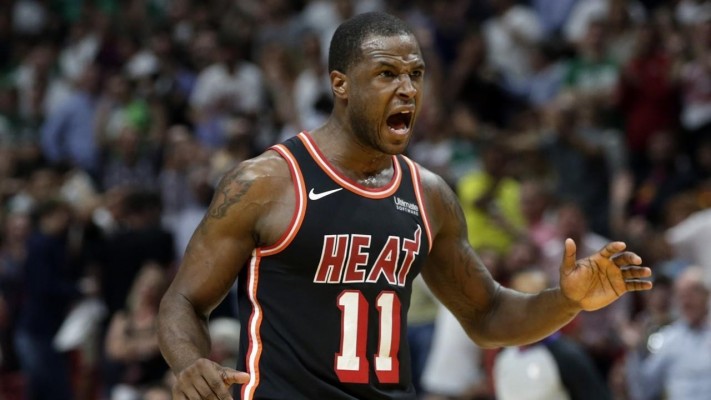 Miami Heat head coach Erik Spoelstra has called Dion Waiters‘ confidence “irrational” at times, but the shooting guard has given Heat fans a reason to believe in his ability to score this season — especially in crunch time.

The NBA defines a “clutch” situation as the final five minutes of games with a margin of five points or fewer. In his first season with the Heat, Waiters made just 12-of-34 of his clutch shots (7-for-22 before the All-Star break and 5-for-12 after the break).

This season, however, Waiters has become the go-to man for the Heat as he has already hit 16 of his 27 shots in the clutch situations, including 6-of-11 3-pointers. Two of those 3-pointers came in a win against the Celtics on Wednesday and helped end Boston’s 16-game winning streak.

“Never a doubt in my mind,” Heat captain James Johnson said when asked about Waiters in end-of-game situations. “He’s one of the best closers I’ve ever played with or against.

Irving, who got a chance to see Waiters’ clutch 3-pointers first hand on Wednesday, acknowledged that one of the 3-pointers (that hit off the top of the backboard) shouldn’t be considered a lucky bounce.

“What do you want me to say? It was lucky?” Irving said. “If it hit the top of the backboard on my shot, I’m not calling it lucky. It went in. Ball out and next possession.”

The Heat will face three teams with a winning record on their four-game road trip so Waiters’ clutch shooting might be relied upon during this stretch. Miami will take on Minnesota on Friday at 8 p.m. ET.
[xyz-ihs snippet=”HN-300×250-TextnImage”]