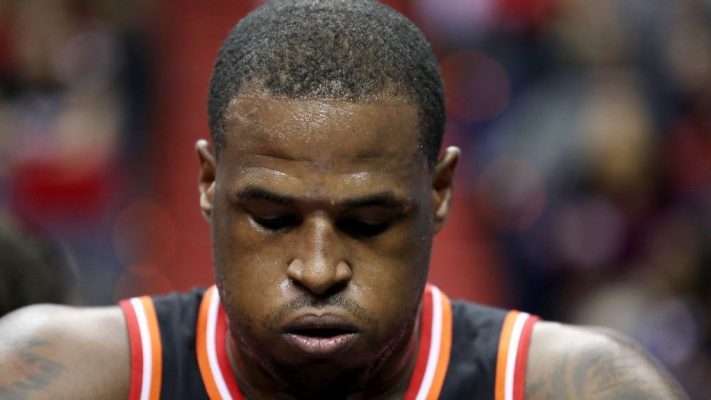 Dion Waiters has returned to full strength, but fans might not know that if they were to look at his playing time over the last two Miami Heat games. While Waiters played 11 minutes in his first game back, last Wednesday, he has since failed to log a single minute in the following two games, and that lack of playing time has led to a bit of confusion for the streaky shooting guard.

Waiters is not one to refrain from speaking his mind, and he has already expressed his disappointment with the way his return has been managed.

“Of course I envisioned that,” he said. “You come back, you work your way slow and steadily. You keep increasing the minutes, at the end of the day. I don’t know what’s going on, so I can’t tell you.”

Now, after two straight games of not logging a single minute, Waiters admitted that he isn’t even looking up when he knows substitutions are coming.

It’s a pretty tough situation for Waiters, and frankly for Heat head coach Erik Spoelstra as well. While Waiters is undeniably an offensive asset, the three shooting guards ahead of him on the rotation have earned the minutes they are playing at the moment.

Dwyane Wade is the first shooting guard off the bench, and considering his legendary status with the team, his minutes are unlikely to go anywhere. Fellow guard Tyler Johnson is having a productive year, averaging 11.4 points, 3.0 rebounds, and 2.4 assists per game. Finally, Derrick Jones Jr. has been a surprise success this season and is so far having a career year when it comes to both points and rebounds per game. Considering all that, it’s proven hard to carve out meaningful minutes for Waiters thus far.

“I can’t get down,” Waiters said. “I mean, I worked hard to get back and whenever that time comes, I guess it comes.”

That time could potentially come tonight against the Denver Nuggets. The Heat had their worst offensive performance of the season, shooting just 35.6 percent from the field, in Sunday’s loss. Spoelstra could decide to give Waiters an increased workload to see if he can add some spark to the offense.

For Waiters, that would be exactly what he thinks he needs.

“I would love to be playing, working my way back in gradually, whatever the case may be, just keep building on that so it doesn’t take too long for me to get back and just keep playing,” he said. “That’s what it’s going to take to get me back, it’s actually play, seeing it more and more, even if we start out small [minutes] and continue to just keep building that load up.”
[xyz-ihs snippet=”HN-300×250-TextnImage”]