Don't Miss
Home / Media / Dion Waiters Sends Message to Rest of NBA: ‘I’m Better Than a Lot of These Guys in the Motherf—ing League’

Dion Waiters Sends Message to Rest of NBA: ‘I’m Better Than a Lot of These Guys in the Motherf—ing League’ 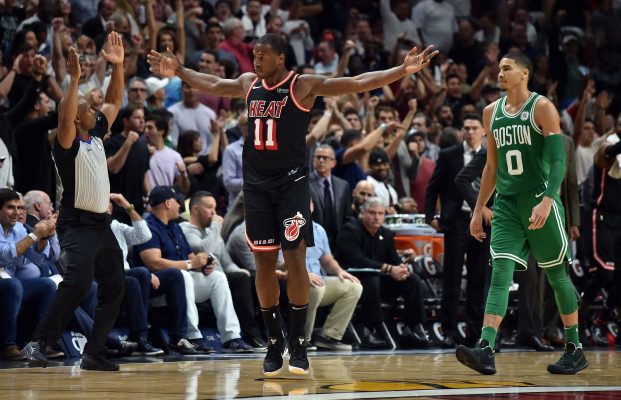 Even before entering the NBA in 2012, Miami Heat guard Dion Waiters possessed an edgy personality that drove him to want to be the best.

In his mind, he can be a key player for the Heat once he’s able to return from an extended rehabilitation of his surgically repaired ankle.

Rohan Nadkarni of Sports Illustrated explored the extended delay that’s kept Waiters off the court this season. The veteran was supposed to be ready to resume playing during the Heat’s training camp, but complications have prevented him from offering his injury-plagued team any assistance.

His frustration about not being able to contribute appears clearly evident.

“I know I’m better than a lot of these guys in the motherf—ing league,” Waiters said. “I only gave y’all a taste. I know I can do more.”

Waiters’ health troubles first began in March 2017, when he first injured his ankle and missed the remainder of the season. After declining to undergo offseason surgery, he attempted to play through the subsequent pain that lingered. However, by last January, he finally submitted to season-ending surgery.

What was supposed to be an eight-to-10-month rehab process turned into continued delays that still have the 27-year-old wondering when he’ll suit up again.

One of the reasons for Waiters’ anxiety to return is to be a part of teammate Dwyane Wade’s final season. Another is to make his contribution in getting the Heat, which continues to struggle with a 13-16 mark, back to the playoffs.
[xyz-ihs snippet=”HN-300×250-Image”]