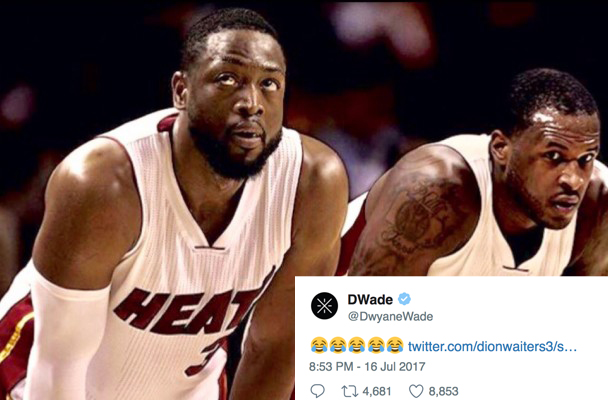 Miami Heat shooting guard Dion Waiters continues his Dwyane Wade-to-Miami campaigning, as he took to social media once again on Sunday night to let his feelings be known.

Waiters last openly stated that he was trying to get Wade to come to Miami, while also retweeting a picture of both players in Heat uniforms.

I'm trying so I can scratch that off the bucket list RT @ezmoneychachi: @dionwaiters3 @DwyaneWade tell him to come home already

Then, after Waiters retweeted a video, which seemed to be a representation of him trying to get Wade out of Chicago, the three-time NBA champion responded.

Wade recently picked up his $24 million option to stay in Chicago for the upcoming season, however there have been rumors that he may be bought out later into the 2017-18 campaign.

If that scenario indeed takes place, don’t count out the Heat using their $4.3 million exception to bring back the best Heat player ever.
[xyz-ihs snippet=”HN-Native-EndofArticle”]