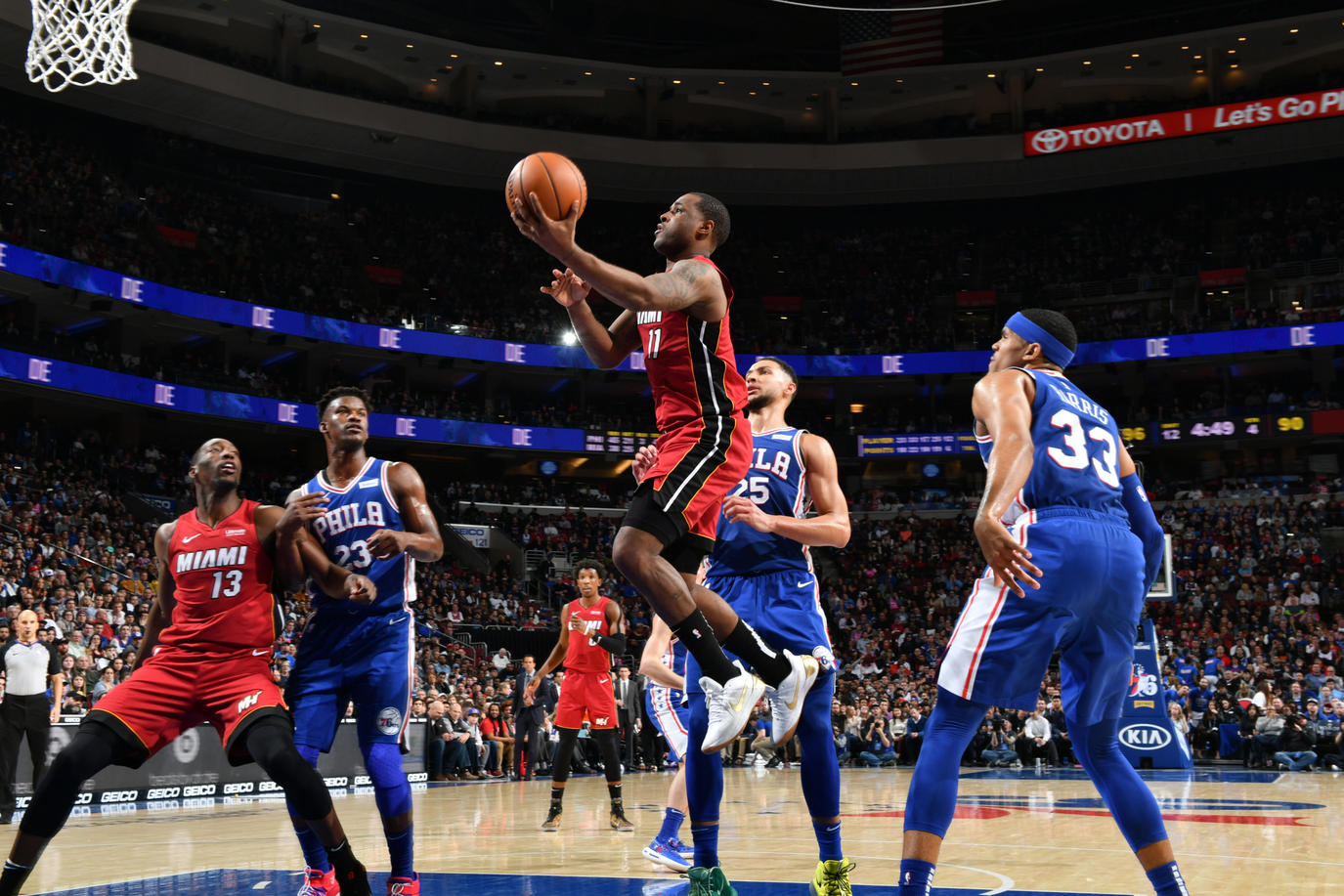 The Miami Heat lost their first game coming out of the All-Star break on Thursday night, and shooting guard Dion Waiters thinks the referees are partially to blame.

Following the 106-102 loss to the Philadelphia 76ers, Waiters lambasted the game’s officials after the Heat were sent to the line just 12 times compared the 76ers’ 35 attempts.

“We’re an attacking team; there is no way we should go to the line 12 times,” he said. “We get in that paint a whole lot. I got to the free throw line twice. C’mon man. We ain’t going to blame it on that but [35]-12 free throws? Something’s not right.

“We’ve got too many guys on this team that drive. Look it up, as far as us getting in the paint. The numbers are right there. We don’t get to the free throw line at all. Something has to give. It’s very frustrating. Tough, very tough.”

Waiters then insinuated that the Heat do not get favorable calls versus teams like the 76ers because they do not enjoy the same level of star power.

“Besides the Hall of Famer over there,” Waiters said in reference to Dwyane Wade, “I guess somebody got to make the All-Star Game or something to get that respect. Some guys go to the line a lot, some don’t. I don’t know why. I feel it should be equal. It’s got to be equal. I know you all are looking out for some of the players in the league. That’s how it’s going to be portrayed.”

The refs are obviously always an easy target for an angry player or fan, but sometimes the numbers are too clear to ignore. Waiters is right that the Heat are a team that loves to get its points in the paint, and outscored the Philadelphia 66 to 52 in that part of the court.

Given that, it is somewhat ridiculous that that the Heat were sent to the line less than half the amount of times that their opponents were.

Heat head coach Erik Spoelstra was upset after the game as well, but told members of the press that he told his players not to peg the loss on the officiating crew.

“I’m not even going to get into it,” he said. “I told our players not to get into it. It doesn’t look right. [But] we had opportunities. We were up one [with 1:37 left] regardless of the foul discrepancy.”

As for Wade, he acknowledged the frustration, but echoed his head coach in the sense that the Heat have to do what it takes to win regardless of whether or not they’re getting favorable calls.

“We’re doing our job,” Wade said. “Our job is to attack, put pressure on the defense and be aggressive. There’s nothing more we can do. It’s out of our hands.”