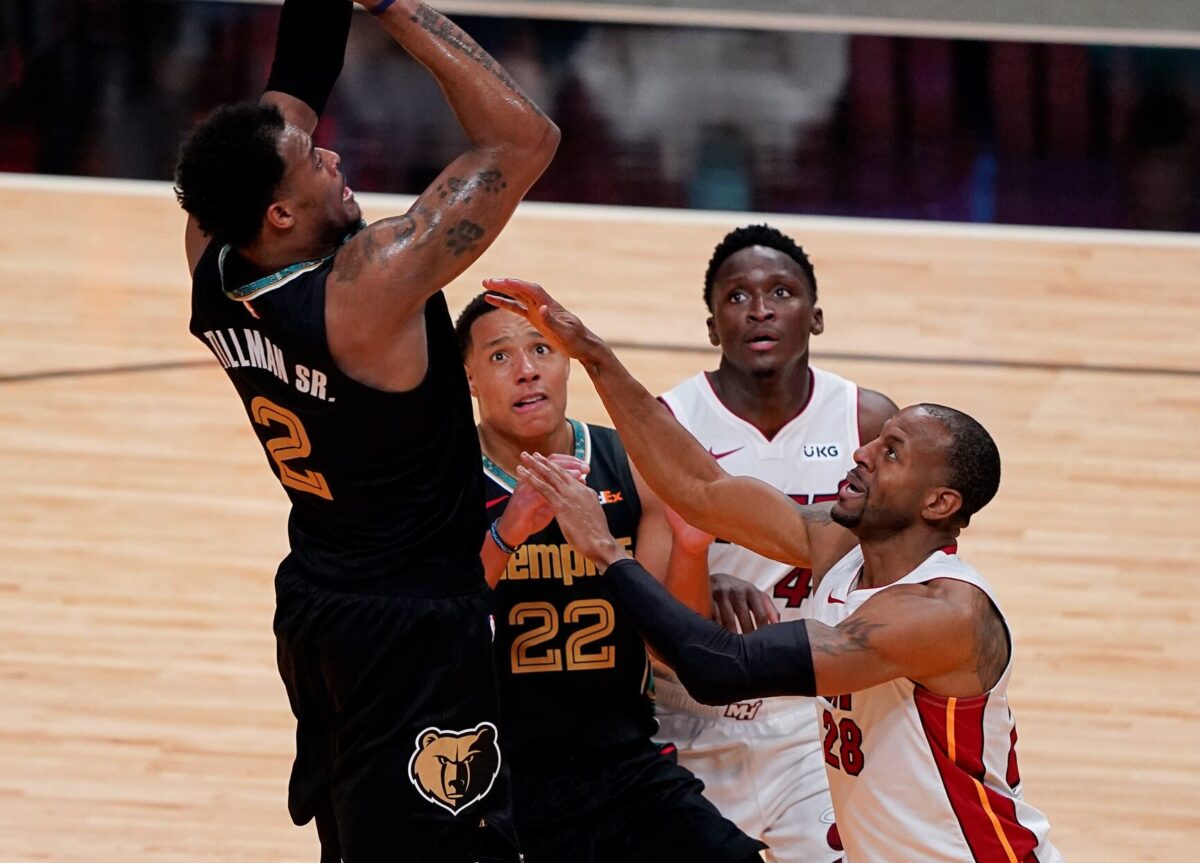 Did Dillon Brooks finally show Andre Iguodala what Memphis is about?

Dillon: “You could say that. He knows we have talented guys.” pic.twitter.com/TRlbfco6M5

Iguodala infamously refused to play for Memphis after he was traded there last season.

He was eventually dealt to Miami, along with Jae Crowder, and helped the Heat make the NBA Finals last season.

Brooks, who had a team-high 28 points last night, had previously made comments when Iguodala refused to report to the team last season.

“First time I seen him was on TV talking about us,” Brooks said at the time. “It doesn’t even matter. Andre Iguodala is a great player. I feel like he’s doing the right thing for his career, but we don’t really care.

“It’s not a distraction at all. I laugh at that type of stuff. A guy that’s on our team that doesn’t want to be on our team, I can’t wait till we find a way to trade him so we can play him and show him really what Memphis is about.”

Last night, Memphis got its revenge, and Iguodala was scoreless in Miami’s loss.

Miami lost both games against the Grizzlies this season, but it still is the No. 6 seed in the Eastern Conference.