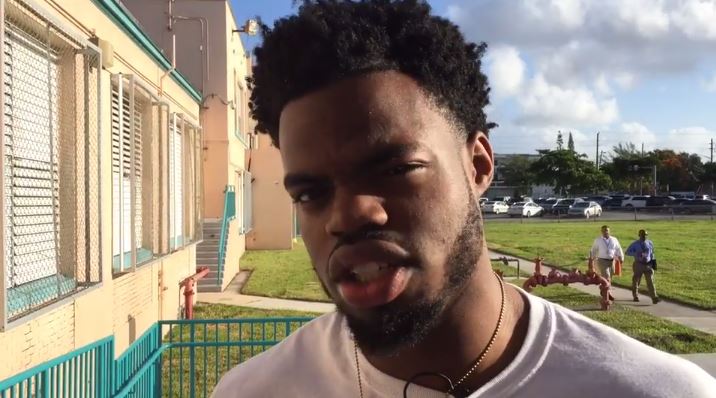 You may have never heard of the University of Michigan standout, but Derrick Walton Jr. made Miami Heat history this past weekend as the team signed the undrafted point guard to the first two-way contract in franchise history.

The NBA’s new rule, which allow teams to develop prospects without having them poached from their development affiliates, states that two-way players cannot spend more than 45 days per season on an NBA roster. In addition, the rest of their time is to be spent with their team’s development-league affiliate, in the Heat’s case the G-League’s Sioux Falls Skyforce.

Although the 22-year-old’s journey with the Heat will look different than anyone else’s, the youngster is looking forward to the opportunity his rookie year, per Ira Winderman of the Sun Sentinel:

The Heat have been adept at developing players and uplifting their careers (eg. Tyler Johnson and Hassan Whiteside). However, they’ve also seen other teams swipe players that they’ve refined, like guard Briante Weber. As far as Walton, the Heat know they’ve secured him for now, and he can put his trust into the world-class organization:

“I’m just be ready to part of the organization and put my hard hat on and go to work every single day,” Walton said.

In four seasons with Michigan, the 6-footer averaged 11.6 points on 40.1 percent three-point shooting. In his final year, Walton led the Wolverines in scoring with 15.5 points a game.

Despite the sound numbers, the guard wasn’t drafted in June. Refusing to quit, Walton had a tremendous run with the Orlando Magic in the NBA Summer League.

Putting up 10.0 points and 3.5 assists per game in four games during Summer League, the Heat noticed the speedster’s advancement and made their move quickly.

“We just had a mutual interest in joining each other and making something work out,” Walton said of moving from the Magic’s summer schooling to the Heat’s developmental program, “and when the opportunity presented itself, we both took it.”

It’s not the most ideal situation Walton was looking for, but it’s one he’ll take. Because of the salary limitation, a two-way player who spends the maximum 45 days on an NBA roster tops out at about $275,000 for the season, compared to the $816,000 minimum for a rookie on a standard NBA contract. Nonetheless, Walton will be looking forward to working with the championship organization:

“It’s a world-class organization, great people and we work,” said Walton. “So it’s pretty much everything I’m accustomed to.”