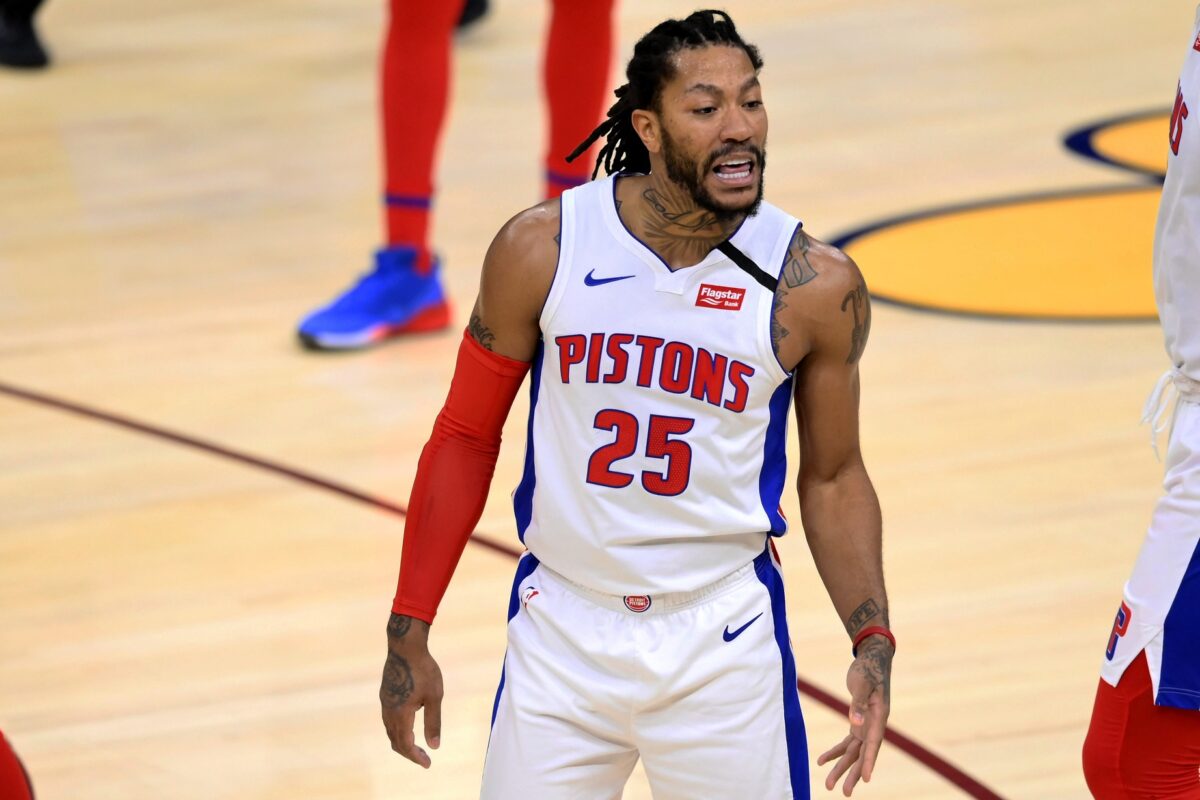 As Derrick Rose prepares to start his second season with the Detroit Pistons, the veteran guard is comparing his team to the Miami Heat, hinting that he’s eager to be the Pistons’ version of Jimmy Butler.

“I look at that and I look at our team, we have the same thing. We have a lot of young guys. It’s up to them how good they want to become. We’ll do as much as we can do to push them and set an example." pic.twitter.com/zjtNwiK49j

Rose was once among the top guards in the NBA, but a devastating knee injury has resulted in the veteran playing for five different teams since the start of the 2015-16 season.

Having put together two strong seasons in a row, the 32-year-old Rose has the experience to lead a Pistons franchise that ended the 2019-20 season with a 20-46 record.

Butler’s leadership last season for the Heat resulted in the team not only reaching the postseason, but also making the NBA Finals for the first time since 2014.

That level of progression presumably won’t happen with the Pistons this season, but Rose can still impart the wisdom he’s gained to his younger teammates.

Rose has largely come off the bench during his past three seasons, though he’ll still see his share of time on the court during the 2020-21 campaign.

As eager as Rose is to embrace the leadership role, it remains to be seen if he’s willing to develop the sort of fiery edge that’s sometimes rubbed Butler’s teammates the wrong way.

Taking on the mantle of leadership can sometimes cause conflict with teammates, which means that Rose needs to thread a fine line when it comes to getting his points across.