Derrick Jones Jr. Wants to Be in Miami His Entire Career: ‘I Don’t Wanna Leave’ 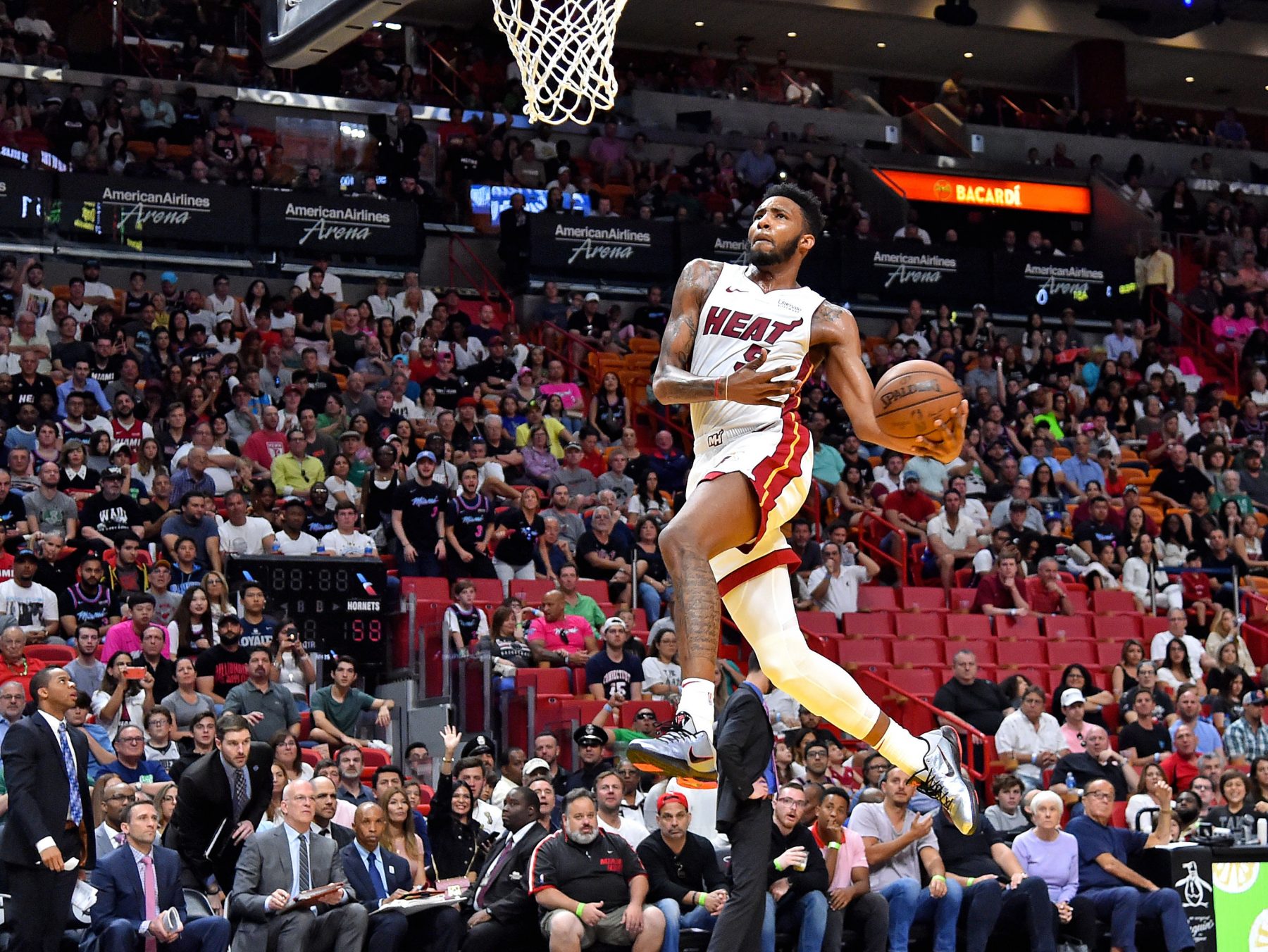 Derrick Jones Jr. has already enjoyed success with the Miami Heat, and if he gets his way, he’ll be playing professional basketball in South Florida for a long time.

In fact, the high-flying forward recently stated that he wants to remain a member of the Heat for his entire NBA career.

Derrick Jones Jr. on potentially becoming a FA after the season: "I want to be in Miami. I don't wanna leave. This is beautiful and I want to be here my whole career. If we can come to an agreement with the #Heat , I'm with it. this is beautiful to me and my family." #heattwitter

This is a fantastic indication of just how much players love playing in Miami. Not only is the city itself one of the most unique in the United States, the Heat franchise is considered amongst the best in the league.

Thanks to Heat team president Pat Riley and head coach Erik Spoelstra, the Heat have established a well-regarded team culture that inspires hard work and determination to succeed.

That culture has helped Miami capture three titles over the last two decades.

For Jones Jr., he was enjoying the best season of his career before the 2019-20 campaign was put on hold due to the novel coronavirus. So far this season, he’s averaging 8.9 points, 4.2 rebounds and 1.1 assists per game.

His usage has gone up as well. He’s averaging a career-high 24.5 minutes per game this season.

Along with those improving numbers, Jones Jr. was also named the Slam Dunk Contest champion at this season’s All-Star Weekend.

It seems clear that the future is quite bright for the bouncy 23-year-old.

Hopefully, Jones Jr. and the Heat organization find a way to make sure that his future is in Miami just as he desires.

derrick jones jr.Featuredmiami heatNews Ticker
← Previous Story Dwyane Wade Offers Perfect Take on What First Day Out of Quarantine Will Be Like
Next Story → Erik Spoelstra Explains Why He Will Never Leave Miami Heat