Damian Lillard Discusses What Separates Dwyane Wade From Other Superstars 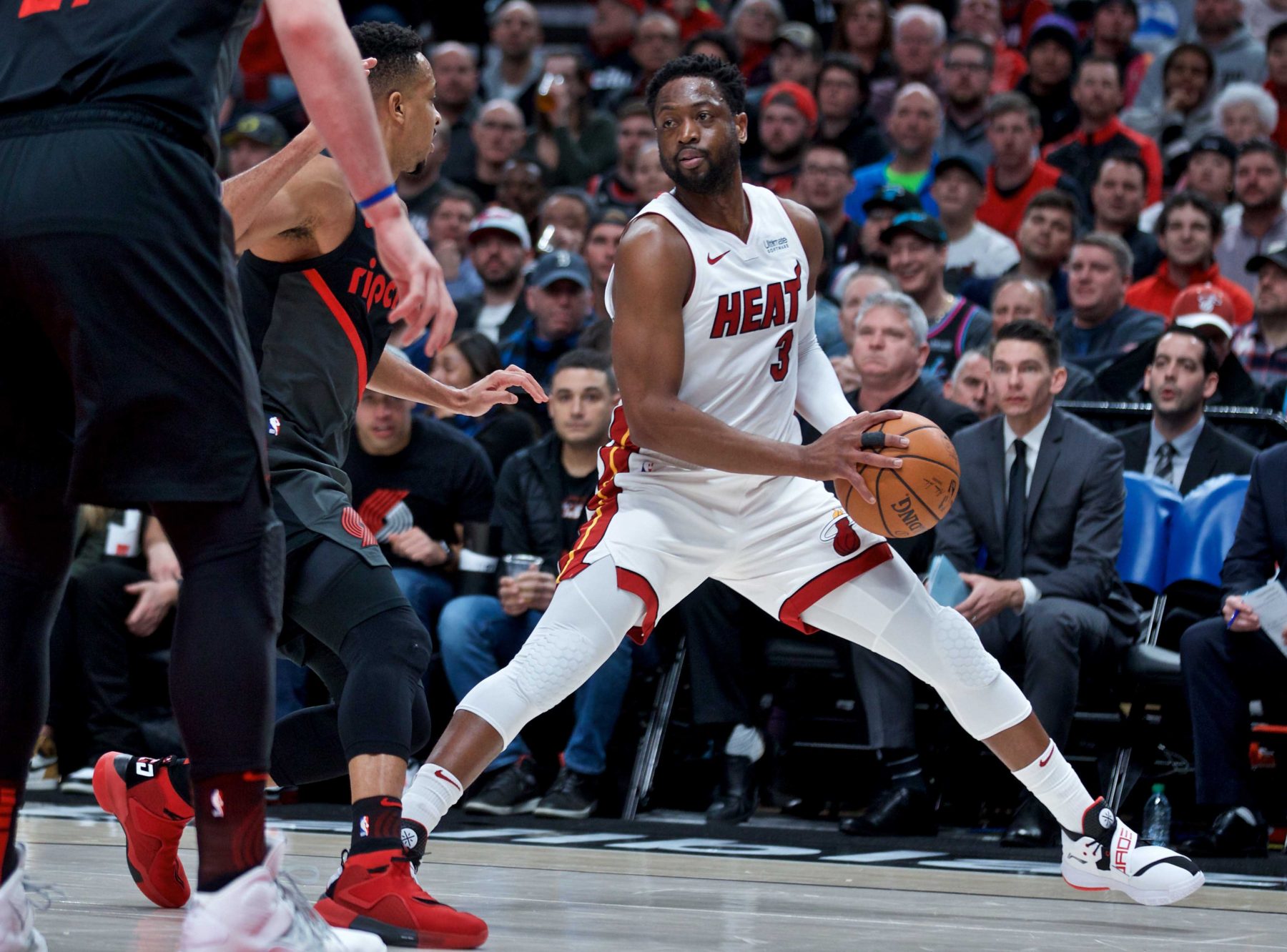 After that farewell performance, Trail Blazers guard Damian Lillard reflected on the legacy of a player the 28-year-old veteran has followed since childhood.

While Wade’s playing career long ago punched his ticket to the Hall of Fame, Lillard pointed out that the Heat legend’s humility, especially in working with former Heat forward LeBron James, was what caught his eye:

“The thing that I always liked about with D-Wade is just his demeanor. I don’t think you see a lot of superstars like him that just kinda got their quiet, humble vibe about them.

“When he was first in the league, he had the fire, the competitive nature, and you know, even when he became a star, that mega star, he was still kind of just humble. LeBron came to town, he kind of took a backseat. There wasn’t no egos or nothing like that, and I thought that said everything that needed to be said about him. I think that’s the difference between him and a lot of other guys.”

Wade’s been a part of all three NBA title teams for the Heat, combining his playing skills with leadership that’s made him an icon in both Miami and across the NBA.

After the game, Lillard became the latest contemporary of Wade’s to take part in this season’s tradition of exchanging jerseys with the future Hall of Famer. He explained that his deep respect for Wade was the reason:

“I walked up to him before the game and I was like, ‘Mr. Wade, let me get that jersey exchange after the game,’ we kind of joked about it, but I’ve always been a huge fan of his, even when I was a kid, you know, watching him in his prime in Miami.”

In Tuesday’s game, Wade certainly didn’t look like a 37-year-old, 16-year veteran who’s just months away from retirement. He scored 22 points, grabbed nine rebounds and collected three assists in 29 minutes on the court.

That performance got the Heat’s six-game road trip off to a solid start and wiped away the bad taste of the team dropping all three games of a homestand. Miami’s next road game will be Friday night, when they face the Sacramento Kings.
[xyz-ihs snippet=”HN-300×250-TextnImage”]