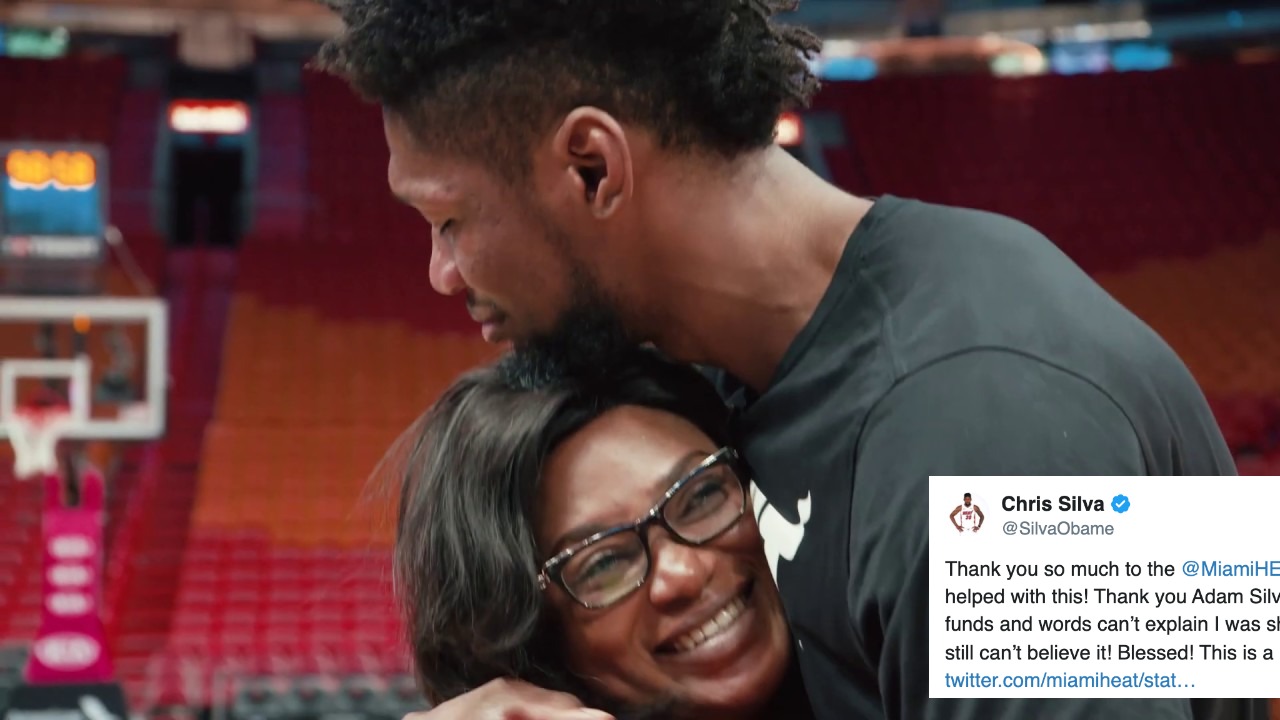 Chris Silva sent out a heartfelt message of gratitude to Adam Silver, NBA Africa and the Miami Heat after he was reunited with his mother, whom he hadn’t seen in three years.

The emotional moment was captured on video as Silva was surprised by his team on Friday prior to its game against the Indiana Pacers.

Thank you so much to the @MiamiHEAT and everyone in it who helped with this! Thank you Adam Silver and @NBA_Africa for the funds and words can’t explain I was shook even after the game and still can’t believe it! Blessed! This is a Christmas miracle! ??? https://t.co/IXcMkfEVB6

A native of Gabon, Silva had to leave his home country in 2012 to pursue his dream of playing in the NBA. Only once had he seen his family since then.

Even after he accomplished his goal of making it to the NBA, it took the combined effort of the league and the Heat organization to bring him face to face with his mom, Carine Minkoue Obame, once again.

“The holidays also are really about being around the people you love and mostly everybody feels very grateful that you’re able to spend that quality time,” Heat coach Erik Spoelstra told his team in a huddle. “But I always think about Silva. I do think about you”

At this point, Silva was probably wondering why he was singled out by his coach.

“When was the last time you saw your family?” Spoelstra asked the rookie forward.

After Silva’s reply, it was time for Spoelstra to unveil their Christmas gift.

“We have a great surprise for you,” Spoelstra said.

Obame then walked onto the AmericanAirlines Arena court to the surprise of his son, who teared up as soon as he saw her. The two embraced to the delight of his teammates and coaches.

Though he didn’t play in Friday’s 113-112 win over the Pacers, Silva was still grateful to everyone involved in the once-in-a-lifetime surprise.