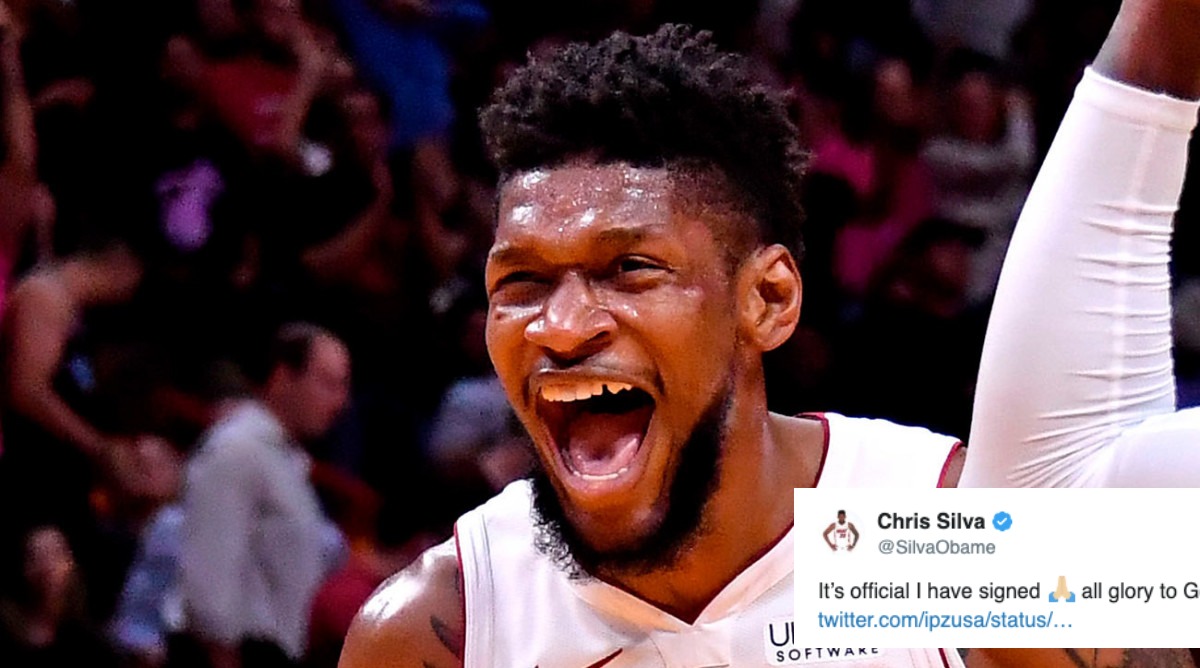 As expected, the Miami Heat have signed forward Chris Silva to a three-year contract, replacing the two-way deal he had signed in October.

Shortly after putting pen to paper, Silva took to Twitter to celebrate the momentous occasion.

It’s official I have signed ?? all glory to God! https://t.co/ZTBxmi76ri

As an undrafted free agent out of the University of South Carolina, Silva first signed an Exhibit 10 contract with the Heat back in July. Such contracts are unprotected one-year deals that offer a minimum salary.

During the team’s training camp, Silva showed enough promise that his contract was upgraded to a two-way deal.

Silva has seen action in 30 of the Heat’s games this season, though he’s only averaging 8.3 minutes per game off the bench.

In that time on the court, Silva is contributing 3.5 points and 3.1 rebounds per contest.

While such numbers might not be seen as worthy of the contract, the Heat most likely view Silva as a raw talent who can develop into a solid performer over the span of the deal.

Silva's deal has a team option for the third year (the 2021 offseason, when the Heat might be looking to maximize cap space), with this season and next season guaranteed. https://t.co/1P8cg80MmM

The 23-year-old Silva is a native of the African country of Gabon. He played his high school ball in New Jersey before heading to play for the University of South Carolina Gamecocks.

The Heat have a history of being able to develop talented athletes over the years, with Silva serving as an intriguing prospect who’s still broadening his overall game.