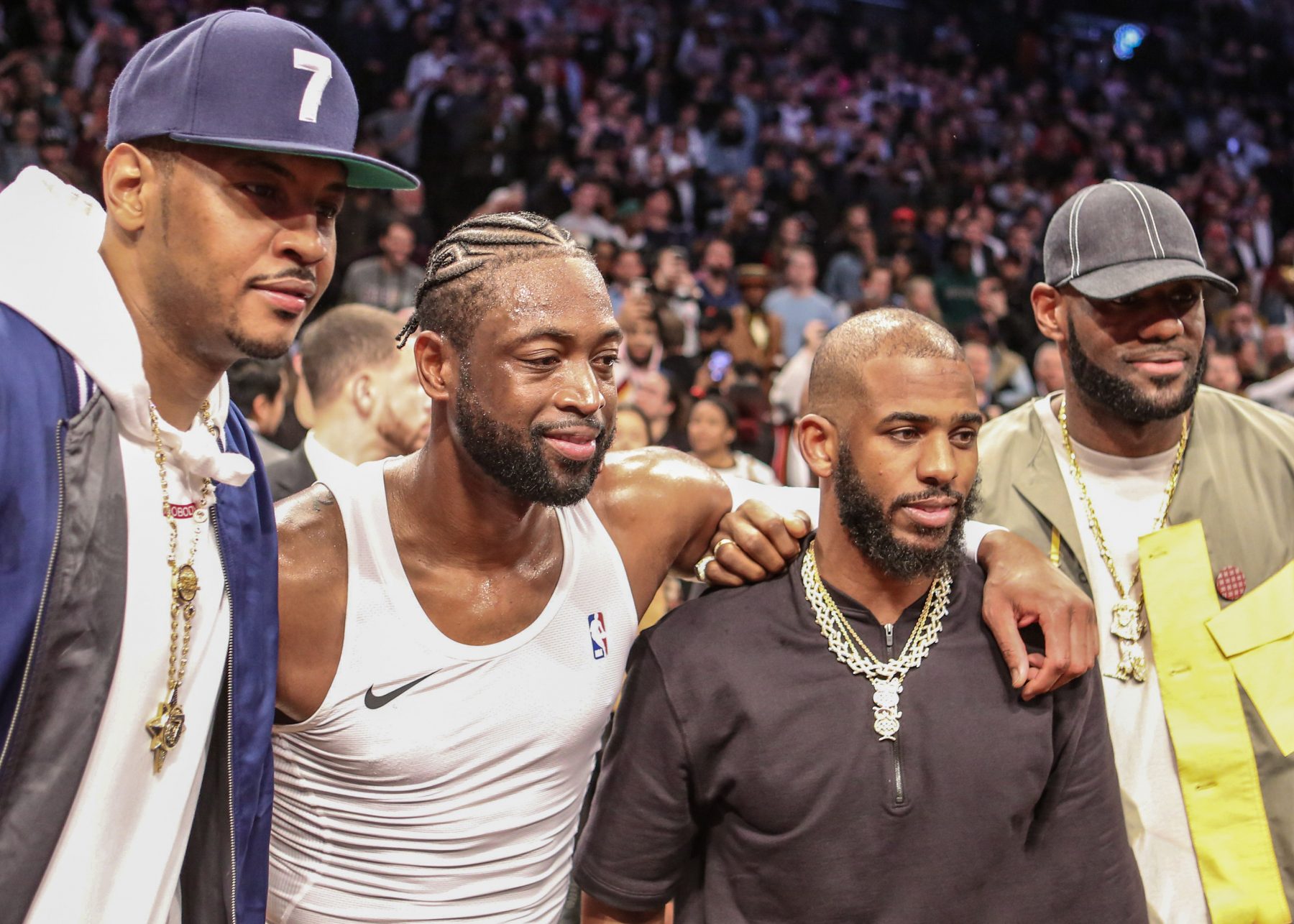 On Monday, three out of the four members of the NBA friend group know as the “Banana Boat Crew” had big nights on the court.

Paul joked on his Instagram story that while the rest of the superstar friend group were dominating on the court, Wade was busy taking care of his infant daughter. 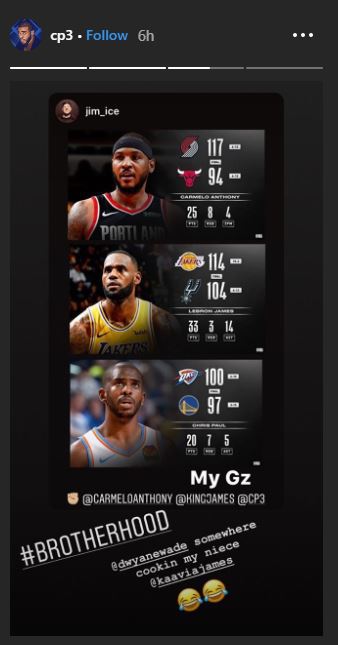 Wade thought the post was quite hilarious and shared it on his personal account with his own reaction. 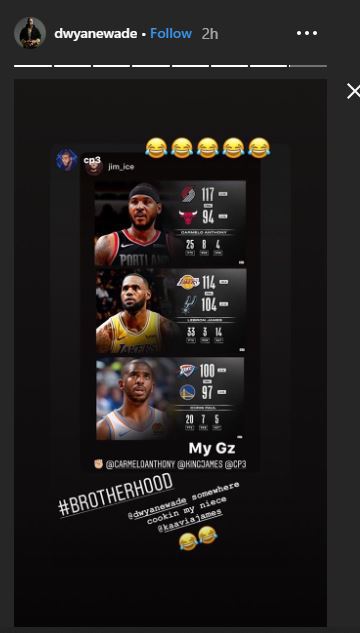 As for the rest of the group, they each showcased what has made them some of the most prolific players of their generation.

LeBron James played like an MVP as he dropped 33 points, three rebounds and 14 assists on the San Antonio Spurs. His Los Angeles Lakers beat the Spurs, 114-104.

Carmelo Anthony had perhaps the most surprising performance of the night as he carried the Portland Trail Blazers to a 117-94 victory over the Chicago Bulls. His 25 points, eight rebounds and two assists were reminiscent of his prime years in the league.

As for Wade, he undoubtedly provided his daughter with the best care a father could give, while his best buddies were taking care of business on the court.