Chris Bosh Says He’s Ready to Return to the Post 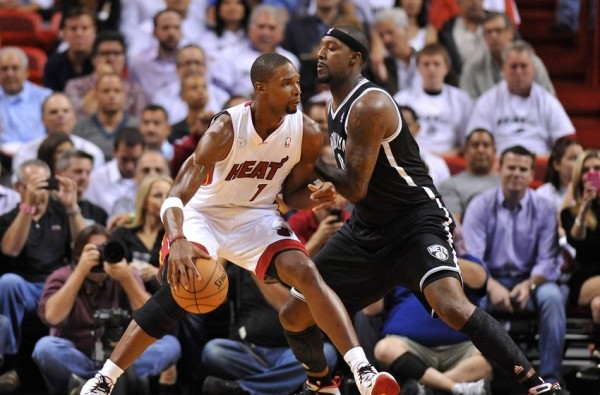 Good news, Miami Heat fans—center Chris Bosh is returning to the low block, this according to CB himself in a recent interview with the Sun-Sentinel.

In May of 2014, Chris declared, “I don’t bang anybody anymore.” And with that, most of the basketball world assumed he was done playing in the post. However, heading into the 2014-15 season, Chris has since changed his tune.

Fast-forward to September of 2014, and now Bosh is bringing his talents back to the paint, this reported by the Sun-Sentinel.

“I had to play a role… I had to play the role for championships,” Bosh told the paper during a media event. “I feel that I’m back to doing what comes naturally for me, which is being back in the post, being more aggressive. I’m really excited to show the city of Miami what I have.”

“They didn’t need me to do that [play in the post],” Bosh said. “[Wade] and LeBron were our post guys. I kind of really used those tools that I gained and put it all together.”

As per Bosh’s words, the Heat only had him playing a certain style due to circumstance.

With two elite at-the-goal scorers in Dwyane Wade and LeBron James, it made more sense to utilize Bosh’s shooting ability to spread the floor rather than camp out in the paint.

Entering this new season, no LeBron James means the emphasis on attacking the rim is at an all-time high for Bosh. This is undoubtedly his best opportunity to take the reins as leading scorer for a team since his days as a Toronto Raptor.

Without James, someone has to initiate the offense aside from guard Dwyane Wade, and there’s no better talent on this Miami Heat squad than Bosh to be the catalyst considering his versatility as an inside-outside threat, and by the sounds of it, he’s ready to embrace the challenge.

“Just the demand night in and night out,” Bosh said. “Being in that position to where you’re expected to have a certain amount of output, to play a certain amount of minutes and score points and get a certain amount of rebounds, it’s going to be tough. But I enjoy that challenge. I’ve always enjoyed it. It’s just what comes natural to me. I’m excited. I’m looking forward to everything.”

Aside from giving an update on his return to the post, Bosh also assessed the team’s overall offseason changes and seemed to be very optimistic about the future of the Miami Heat.

“Everything isn’t going to happen in one day, one week or one month,” Chris said. “It’s going to take a while for us to come together. Once we do that, we’ll be a very good team.”