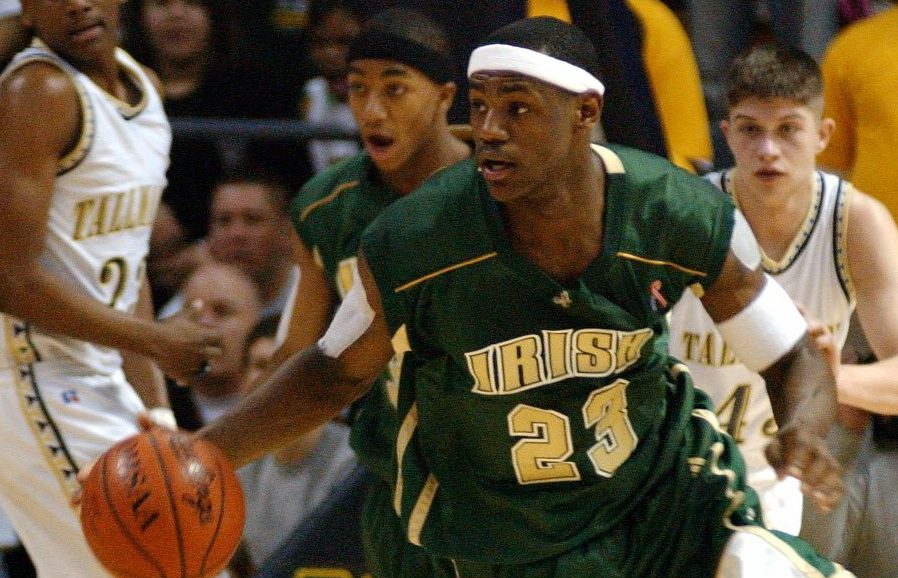 Chris Bosh and LeBron James made an incredible pair when they played alongside one another for the Miami Heat, but their first time together on a basketball court was a bit more confrontational.

In a Tuesday morning article in The Players’ Tribune, Bosh looked back at the first time he played against James in high school:

“First game of the camp. Every scout is in the stands.

“But then….. this funny thing happens. Alright, so this guy — this kid, really — on the other team, he comes up to me before tip. He’s not super big, but he’s got good size for 16. And what happens is, this kid, he points to me. And then he looks at me. Then he points to me again.

“Like I said, at this stage of things, unless you’ve played each other — you don’t really know who’s who. And if you’re me? The tallest guy on the floor? Then you also don’t really CARE who’s who.

“I’m walking around the court with that swag — like I know I’m nice, you know what I mean?

“I wasn’t cocky, but…. O.K., maybe I was a little cocky. But I was good, too. I was fast — that was my thing. I was skinny….. but you couldn’t catch me. I would run down the court, get dunks, get blocks, plus I’m handling the ball, I’m pushing the ball, I’m shooting the three. Just basically getting MINE, on demand. I could do whatever I wanted.

“Man…… pretty soon, all eyes were on the kid I was guarding. The ‘nobody.’

“Was his last game being nobody, I’ll tell you that.

“He did it all, and he did it all easy. That’s one of the things that sticks out to me, playing it back these years later. It was like the pressure we all felt….. he somehow didn’t feel it. He was just this whole other shade of cool. And then the other thing that sticks out to me, it’s maybe a little more obvious: dude’s game. He already had such a complete game. And I mean — we’re in a gym full of somebodies: athletes, shooters, dunkers. Future college stars. Future PROS. But only one guy in that gym that day had the complete package already. And looking back on it?? That was the camp that really put him on the national map.

“By the end of the game, I asked my coach — well, I asked him the only question there was.

“And he just shook his head. Looked at me almost like his heart was breaking. Like he was about to sit me down and break the news that Santa wasn’t real.

It’s a pretty incredible story and offers a clear window into how long many NBA stars know one another even before entering the league.

Bosh and James would of course go on to both be top-five NBA draft picks, with James going No. 1 overall to the Cleveland Cavaliers and Bosh heading to the Toronto Raptors with the No. 4 overall pick.

It wasn’t until 2010 that the two would join forces in Miami. Despite all that’s happened since this high school game, it’s clear that Bosh still remembers the very first time he met the three-time NBA champion.
[xyz-ihs snippet=”HN-300×250-TextnImage”]