Chris Bosh: ‘Playing With LeBron Was Like Buying a Ferrari’ 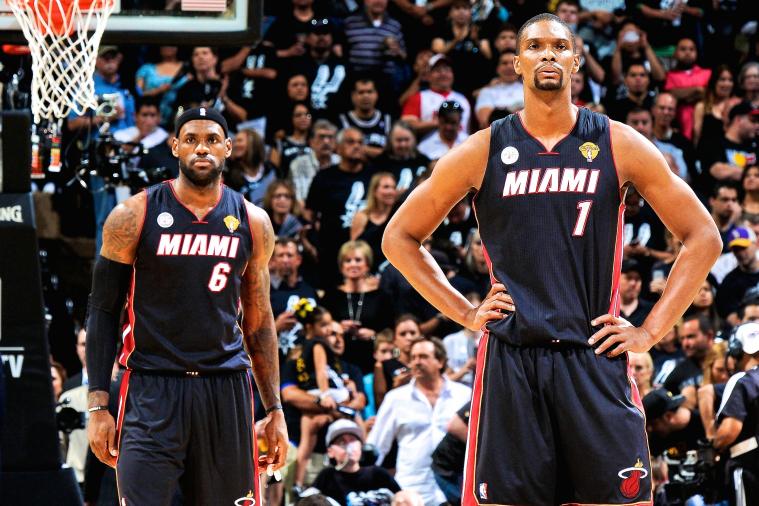 LeBron James has left his mark on nearly every player he has suited up with during his storied NBA career.

One of those players is former Miami Heat big man Chris Bosh.

During their time together, Bosh and James helped the Heat win two NBA titles. Looking back at his time with James, Bosh likened the experience to buying an exotic sports car.

Though it was less than a strictly positive statement, Bosh admitted that one needs to be ready to handle the immense talent that James brings to the floor.

“Playing with LeBron was like buying a Ferrari,” Bosh said. “You know it’s the best in the world. It looks amazing when you see it. But you have no idea how powerful it is once you try to drive it. You can go right off the road.”

It’s a pretty incredible statement coming from Bosh and seems to perfectly encapsulate the experience of playing alongside the four-time MVP. Throughout James’ career, the assumption every season has been championship or bust. That has led to a lot of pressure being put on the shoulders of not just James, but the stars around him.

In Miami, much of the pressure was put on Bosh. That was not only because Dwyane Wade was the unquestioned soul of the team, but also because Bosh willingly sacrificed his own numbers so that James and Wade could thrive. That sacrifice often led to members of the media and Miami fan base blaming Bosh when things weren’t going perfectly for the Heat.

Playing with James is both a blessing and a burden. That fact has been proven time and time again during his career. For many, it results in winning at least one championship, but there are hardships that come along with it too.

Now, with James starring for the Los Angeles Lakers, it will be interesting to see which players, if any, catch the blame if things start to go south this season.