Don't Miss
Home / Media / Chris Bosh on Heat’s Chances of Winning a Championship: ‘We Have Everything’

Chris Bosh on Heat’s Chances of Winning a Championship: ‘We Have Everything’ 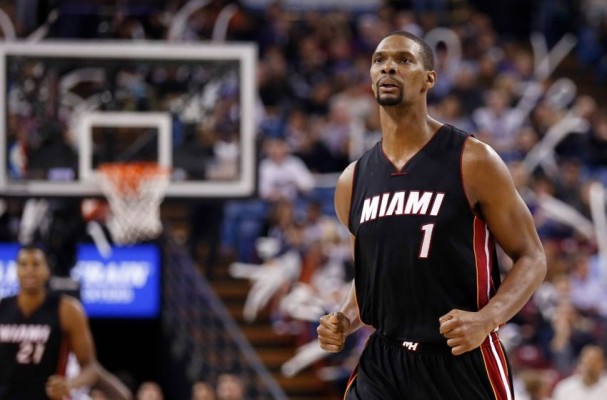 Miami Heat forward Chris Bosh expressed strong confidence about how his team will fare in the upcoming 2015-16 NBA season during a radio interview on Sunday by talking about how he likes their chances.

Bosh, who was interviewed on SiriusXM’s Bleacher Report Radio, spoke on a number of topics, but his comments about the recent transactions involving the Heat gave a window into his focus as he attempts to come back from a scary blood clot that abruptly ended his season last February.

“I think we’re going to have a good team,” said Bosh. “We’re still filling in some holes and making sure we’re solid in our bench area. We have everything: we have experience, we have size, we have the ability to go small. It’s all about making sure we’re playing as a team.”

With Hassan Whiteside now holding down the center slot, Bosh spoke about moving back to his natural position at power forward, noting that the position has evolved from when he first started.

“I’m looking forward to it, but the game has changed quite a bit and my position almost doesn’t exist anymore,” said Bosh, who then added, “At the four, bigger guys could guard me and I could go out and shoot jumpers. Now, every four does that. It’s not as unique as it used to be.”

Bosh also offered his thoughts on the recent controversies involving Los Angeles Clippers center DeAndre Jordan, saying that such uncertainties about making the right decision don’t really factor into his thinking when it comes to such matters.

“Once I make up my mind, I’m doing it,” said Bosh. “When it comes to business, to basketball, to knowing what I want to do, I truly believe what your gut tells you. As soon as I have an idea, I’m going to go with my gut.”

As a veteran, Bosh still can play, but has no plans to mimic his boyhood idol Tim Duncan by playing until he’s 40.

“Absolutely not. I don’t know how he does it,” said Bosh. “Not only playing to the age he’s playing, but playing at that level, he continues to get the job done. He’s re-invented himself so many times.”

That playing status also caused Bosh to note how his health scare gave him a powerful perspective on taking the game for granted.

“It was really humbling to me,” said Bosh. “All I could think about when I had tubes in my chest was that I had been complaining for a certain amount of time about playing basketball. I felt so bad, and that was when I wasn’t sure I was going to get to play the game again.”

chris boshFeaturedhassan whitesidelos angeles clippersmiami heatNews Ticker
← Previous Story LeBron James: ‘The Miami Heat Are Going to Be Contenders This Year’
Next Story → Chris Bosh: ‘I Think We’re As Good As Anybody in the League’