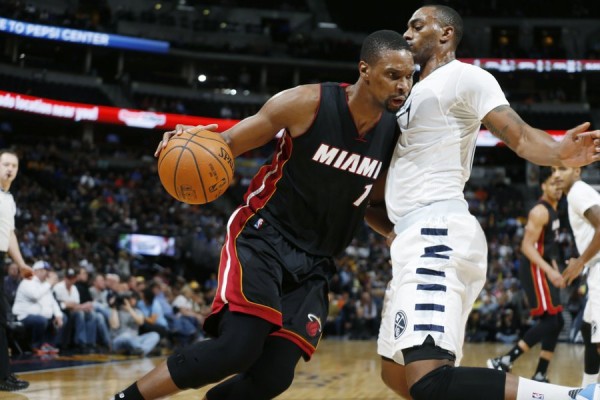 The long saga of whether or not Miami Heat forward Chris Bosh will be playing this season appears to have been answered. That’s because he stated early on Wednesday that he’s ready for the team’s training camp to begin on September 27, though there’s no official word from the Heat on whether they’ve signed off on it.

Bosh spoke to the “Open Run” podcast and told the show’s hosts (via a tweet from Rachel Nichols):

Chris Bosh tells the @openrun podcast he'll be back & ready to go for training camp. No comment yet from the Heat. pic.twitter.com/HvAw7f717h

Bosh has missed the second half of the last two seasons due to blood clot issues. Due to the potential dangers of trying to play while taking medicine to deal with the issue, he’s been trying to convince Miami to allow him to take new blood thinners that can be out of his system before taking the court.
[xyz-ihs snippet=”Responsive-ImagenText”]