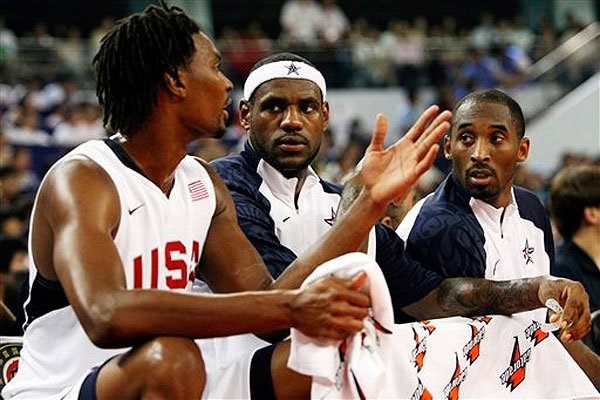 Miami Heat forward Chris Bosh, who recently appeared on The Dan Patrick Show, had a similar sentiment to that of Dwyane Wade in regards to Los Angeles Lakers superstar Kobe Bryant.

Wade recently reiterated that Bryant was “the greatest player of our era” and in a similar fashion, Bosh had this to say:

“He’s the greatest player of my generation. He was that guy after Mike that really just won, and he was about winning championships. And he really did it a young age. When they three-peated, he was 21, 22 years old. It was just amazing to see him climb up so high, so fast. They did have their struggles, but he was still a great player – one of the greatest I’ve ever seen, of course.”

Whether you agree with the statement or not, it’s hard to not take notice that neither Bosh nor Wade gave any mention to former teammate LeBron James, who one could make an argument for, is the greatest player of both Bosh and Wade’s generation.

With Bryant’s legacy nearing its end, only time will tell how LeBron’s chips stack up next to Kobe’s when it’s all said and done.
[xyz-ihs snippet=”Responsive-Ad”]