Chris Bosh: ‘It Wasn’t a Matter of If I Want to Play Again, It’s When’ 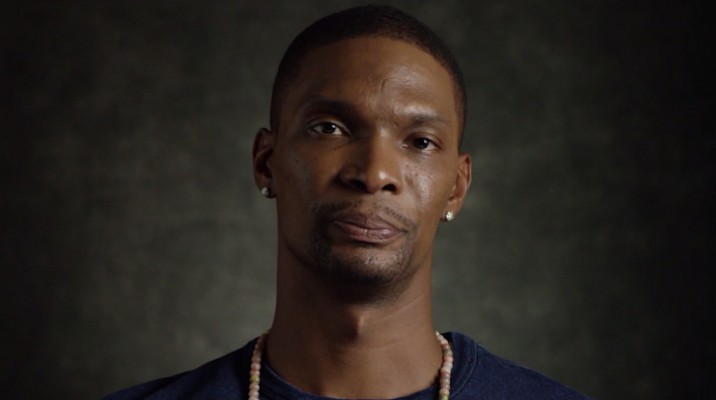 Chris Bosh added to his social media blitz against the Miami Heat today in the first episode of his multi-part, self-directed documentary on Bleacher Report’s UNINTERRUPTED. The documentary, titled “Rebuilt,” is supposed to give insight into the challenges Bosh faced and his tough recovery from both episodes of clotting.

The video starts with Bosh and his wife, Adrienne, talking about his first bout with the blood clots in 2015. Those clots, they explain, led to a serious pulmonary embolism which had Bosh hospitalized for nine days.

He then goes on to explain that this past season he was diagnosed with a clot in his calf a couple days before he arrived in Toronto for the All-Star Game.

“Clots were found, again,” Bosh said. “My initial thoughts from it were, first of all, you have to be kidding. Secondly, this isn’t real.”

When he got back to Miami he was greeted with some ugly news from the Heat team doctors.

“Seeing the team doctors,” Bosh says, “they told me that my season’s over, my career is probably over and, yeah, this just happens, this is just how it is.”

He then went into a monologue about how he felt he was being treated.

“I felt right away that I was written off. It was just so just . . . put it to the side, and matter-of-factly. If a doctor tells me, ‘Hey, that’s it, and this is how it is,’ and I don’t buy that, I think that I have the right to disagree with you. I know inside me I have a lot of talent and a lot of ability. And I have it, I know I have it. It wasn’t a matter of if I want to play again, it’s when. So, we took the bull by the horns.”

He had disagreed with the team doctors and sought out second opinions from respected doctors outside the organization. He found at least one doctor who said he could play while taking daily blood thinners that would be out of his system by game time.

He even consulted with former Florida Panthers player Tomas Fleischmann, who was diagnosed with a similar condition and was able to continue to play hockey with regular blood-thinning injections and pills.

At minimum, Bosh would need to clear the mandatory team physicals being conducted in Miami to attend training camp in the Bahamas next week. He has spent the majority of summer training in Los Angeles so he’d have to wait and see if he clears the medical exams.

As I reported in Miami Herald newspaper this morning, Bosh has been taking Heat physicals and has not been cleared by the team to return yet

Results of Bosh physical and tests will be analyzed before decision made on status. Bosh had said previously that he expected to be cleared

The Heat continue to decline commenting on Bosh’s situation. He is scheduled to do a Facebook Live interview with Maverick Carter at 1:30 p.m. to discuss “Rebuilt” further.
[xyz-ihs snippet=”Responsive-ImagenText”]