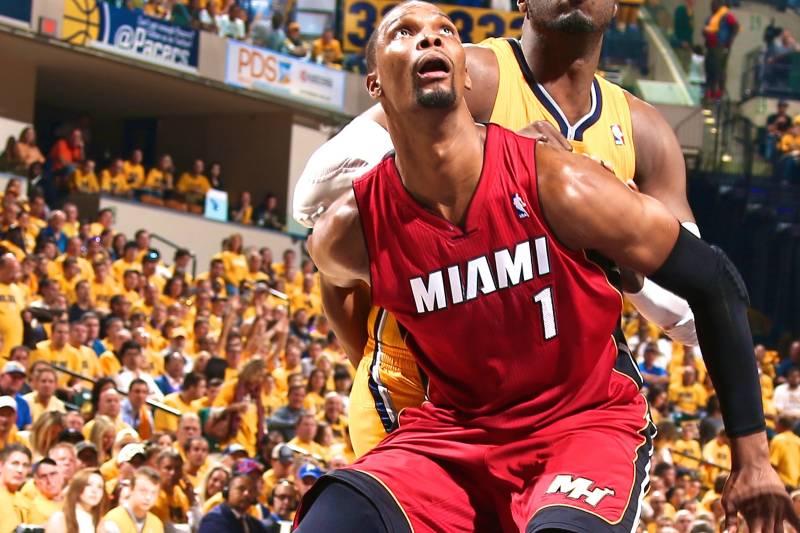 Former Miami Heat big man Chris Bosh did not hold back when describing what the Indiana Pacers’ crowd was like during 2013 Eastern Conference Finals.

In his newsletter, The Last Chip, Bosh compared the crowd in Indiana to a rally for President Donald Trump.

“It’d be hard to overstate the influence ‘Hoosiers’ still has on that town,” wrote Bosh. “And if you haven’t seen that movie in a while, you might not remember the racial undertones, but we did. ‘Hoosiers’ is about a team of white guys who played the right way taking down the City Boys, who just so happened to be Black. And any time you travel to Indiana for an NBA game, you’re faced with the same narrative: This is basketball country. Sure, many of the players on the Pacers were Black, but have you ever seen the crowd in Bankers Life Fieldhouse? Shit’s as white as a Trump rally.”

The former star big man’s career was cut short due to blood clots. However, he has tons of fantastic memories and accomplishments from his time in the league, especially when he played in Miami.

The Heat and Pacers faced each other three times in the playoffs during the Big 3 era. As a result, the Heat were very familiar with Indiana’s crowd.

Although the teams’ battles with each other were close and competitive, the Heat won all the postseason tussles during that time. In addition, the Heat captured championships in 2012 and 2013.