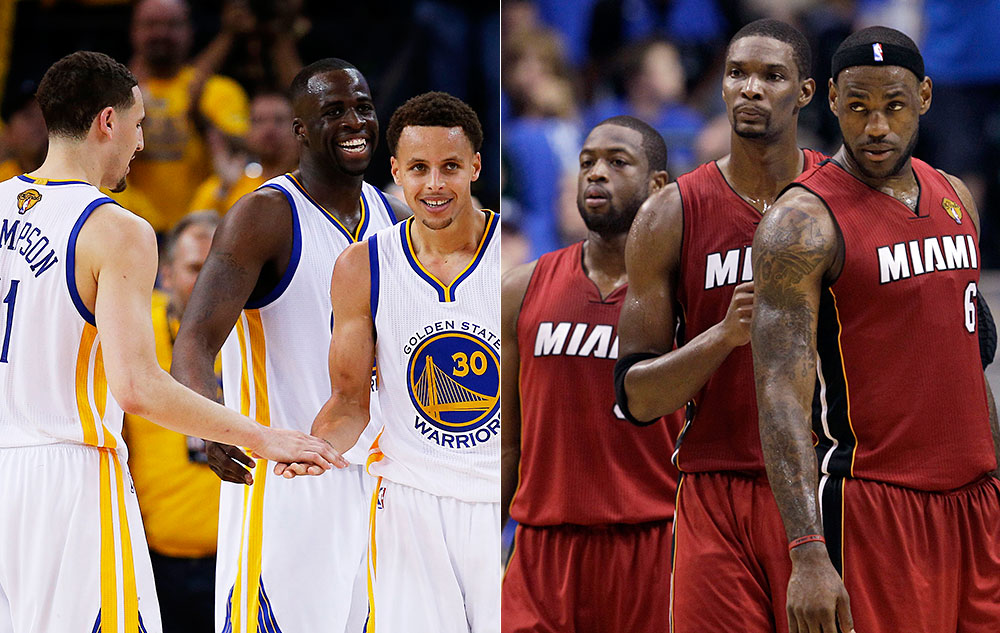 Without a doubt, the two most recent dynasties in the NBA have been the Golden State Warriors and the Miami Heat.

Thanks to starting rotations that were full of All-Stars, both teams managed to advance to four straight NBA Finals.

The Warriors were able to win three titles, while the Heat nabbed just two. Perhaps that’s why former Heat big man Chris Bosh recently stated that he thinks that the Warriors fit the bill of a dynasty a bit better than the Heat do.

“I was thinking about our place in the history of the game and all that stuff,” Bosh said on Instagram Live recently. “I even think the Warriors had more of a dynasty. I think ours was, you know the band Cream, from the UK? We’re more like Cream.

“We were more like Cream, ‘Ah, we’ll come together. We’ll play. We’ll put this mega-thing together, four years, and four years only, baby…It was just a crazy time. It’s crazy to even think I went through that.”

Bosh’s comparison of the Big 3-era Heat to the band Cream is quite apt. Cream was formed in 1996 and broke up just two years later. Despite that incredibly short period of time playing together, the band was inducted into the Rock and Roll Hall of Fame in 1993.

As for the Big 3, Bosh, LeBron James and Dwyane Wade only played for four seasons together before James decided to return to Cleveland.

Despite that relatively short stint together, the Heat are widely considered to be one of the teams that helped usher in an entirely new era of NBA basketball.

In fact, a very strong argument could be made that if the Big 3-era Heat had not existed, the Warriors teams that soon followed would not have either.

So, while the Warriors may be considered more of a dynasty, even in the eyes of Bosh himself, there’s little doubt which team had a longer lasting impact on the league.

Former Miami Heat point guard Jason Williams decided to weigh in on who he believes is the greatest basketball...