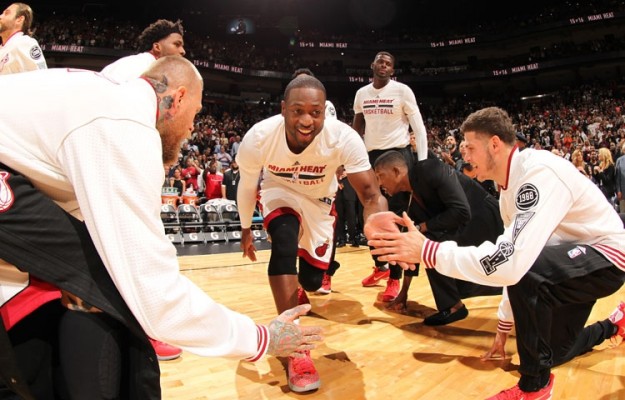 The Miami Heat will enter the 2015-16 season with the goal of re-establishing themselves as the top team in the Eastern Conference.

While the Heat go into the regular season with high expectations, Charles Barkley has the team finishing fourth in the East in 2016. During a conference call to promote Inside the NBA early on in the week, the former basketball great selected the Cleveland Cavaliers, Chicago Bulls and Milwaukee Bucks as the three best teams in the conference.

Barkley was quick to point out how talented the Heat’s starting lineup is, but made sure to point out that a lot of the team’s success will depend on Hassan Whiteside’s development:

“They got Goran Dragic now. But those three top teams in the East, they’re really good. And I think Miami is falling in that fourth spot if everything comes together. Erik Spoelstra has done a good job down there, but Whiteside is the key. He’s a guy who can make a huge difference.”

Miami missed the playoffs entirely in 2014-15 as the projected starting lineup never took the court during the second half of the season.

TNT analyst Kenny Smith has the Heat pegged as the third-best team in the East in terms of talent this season:

“They’re, talent-wise, probably underrated and forgotten about. But with Deng and the rest of those guys, they’re probably second-most-talented or third-most-talented team in the Eastern Conference just on paper. So they have a great chance to surprise people. I thought they would have been up there last year, if Bosh didn’t get hurt.”

There seems to be a consensus that Miami is one of the more stacked teams in the NBA in terms of talent. What will likely dictate how far the Heat advance this season is the health of their core players.

If the team is able to remain relatively healthy, there is no reason why the Heat shouldn’t be one of the elite teams in the conference in 2015-16.
[xyz-ihs snippet=”Responsive-Ad”]