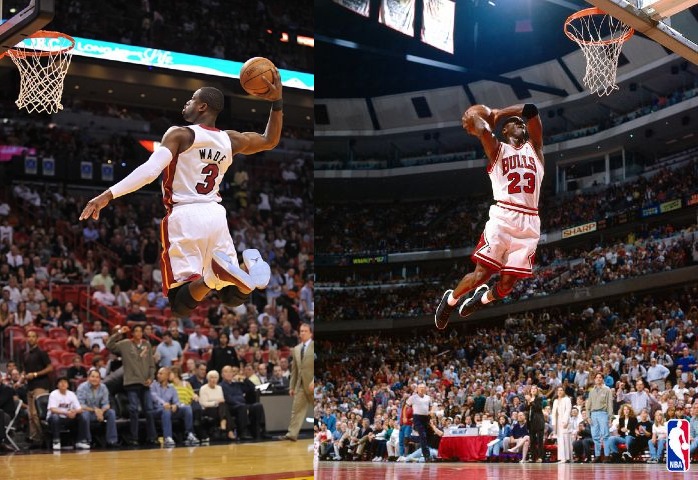 Former All-Star Caron Butler shared how Dwyane Wade resembled Michael Jordan when the Miami Heat icon was a rookie in the NBA.

In a recent interview with ClutchPoints, Butler talked about what it was like to play with Wade during the 2003-04 season.

“It was special just to acquire him and have him on the same team because we knew he was special immediately when he came in,” Butler recalled. “You’ve seen the story of Michael Jordan and lot of people was like how Jordan came in, he was itching and fighting for to be the best on the team immediately and he said he attacked the best player on the team. It was no different from Dwyane Wade.”

Wade, who retired at the conclusion of the 2018-19 regular season, has one of the most decorated resumes in NBA history.

As Butler noted, the signs of Wade’s greatness were present during his rookie year.

In fact, Wade put up 16.2 points, 5.4 assists and 4.0 rebounds per game during his rookie season. Furthermore, he led the Heat to the second round of the NBA playoffs during the 2003-04 season.

Over the course of the 2004 playoffs, Wade displayed his superstar potential by conducting clutch shots, strong defense and winning plays.

Two years later, Wade’s greatness was highlighted on the NBA’s biggest stage for the world to witness.

After Miami fell down 2-0 against the Dallas Mavericks in the 2006 NBA Finals, the 6-foot-4 guard spearheaded a furious four-game turnaround to help the Heat capture the title.

While it was just Wade’s first championship at the time, the dominance he portrayed at such a young age reminded fans of Jordan’s tenacious winning ability.