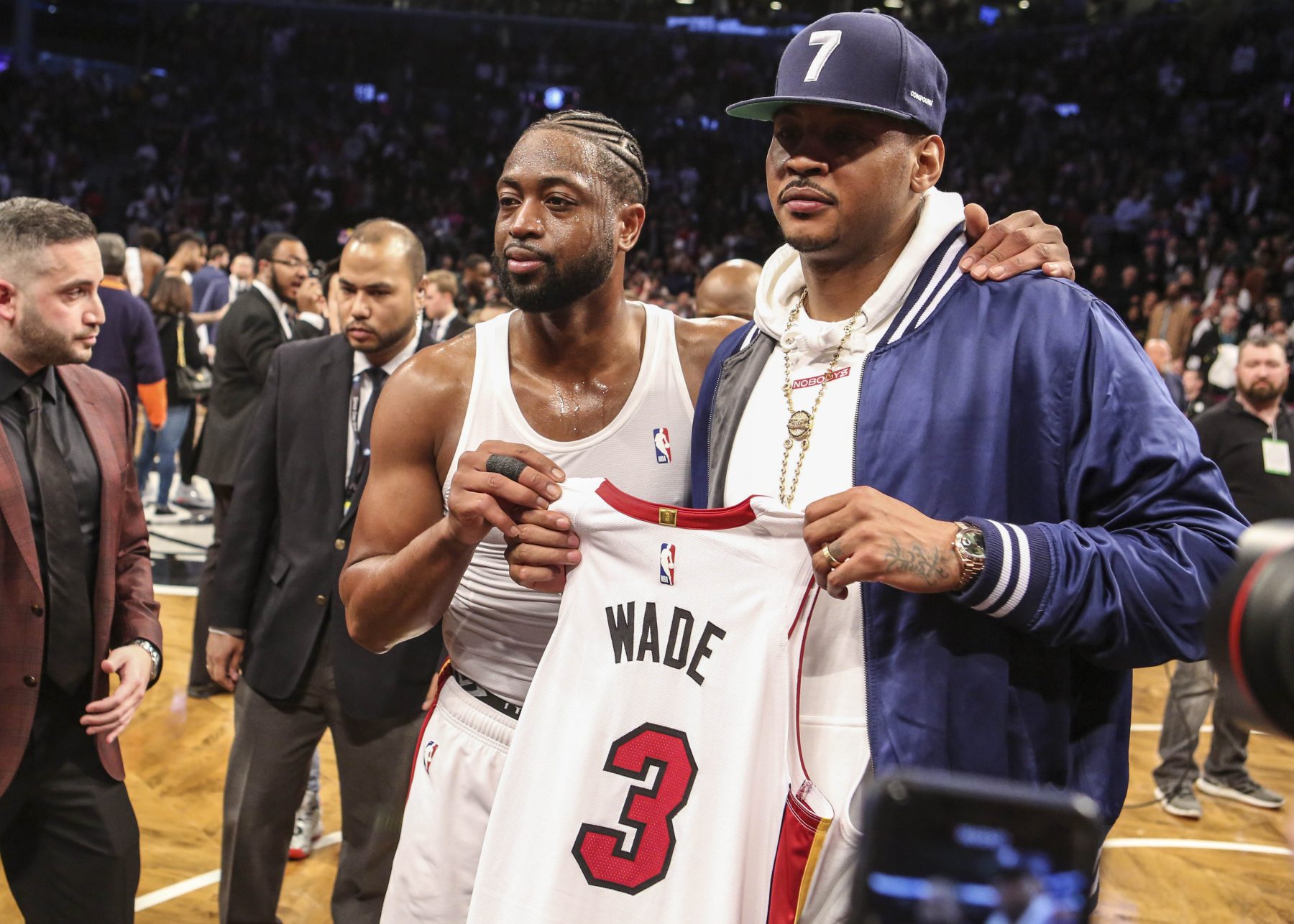 The career of Carmelo Anthony has taken many twists and turns since he entered the NBA, with the veteran currently seeking a roster spot within the league.

Despite his current status, his trainer says that the 35-year-old is hoping to emulate close friend Dwyane Wade’s memorable farewell tour from last season.

Anthony played just 10 games with the Houston Rockets last year before he was dealt to the Chicago Bulls in January and later released. In those 10 contests, he averaged 13.4 points, 5.4 rebounds and 0.5 assists per game, numbers that were decidedly lower than his career numbers of 24.0 points, 6.5 rebounds and 3.0 assists per game.

In contrast, Wade played in 72 games during his final season and averaged 15.0 points, 4.2 assists and 4.0 rebounds per game. Along the way, he received countless accolades across the league, a season-long celebration that culminated with a final tribute before the Heat’s final home game of the season.

To get the opportunity for that final season, Anthony would presumably have to accept a veteran’s minimum deal, the same type of contract that Wade played under last season. Whether or not Anthony would be willing to accept that after having signed huge contracts in the past remains to be seen.

Anthony can likely contribute in some fashion to an NBA team, having been a member of 10 previous All-Star teams. In the 2003 draft, he was actually selected two spots above Wade and largely flourished for more than a decade. Despite having such a resume, it doesn’t guarantee that he’ll even receive a contract, much less the farewell tour he’s seeking. That’s a reality he may have to accept.