Don't Miss
Home / Media / Bobby Portis Heaps Praise on Dwyane Wade and Jimmy Butler, Says They Were 2 of His Most Talented Teammates

Bobby Portis Heaps Praise on Dwyane Wade and Jimmy Butler, Says They Were 2 of His Most Talented Teammates 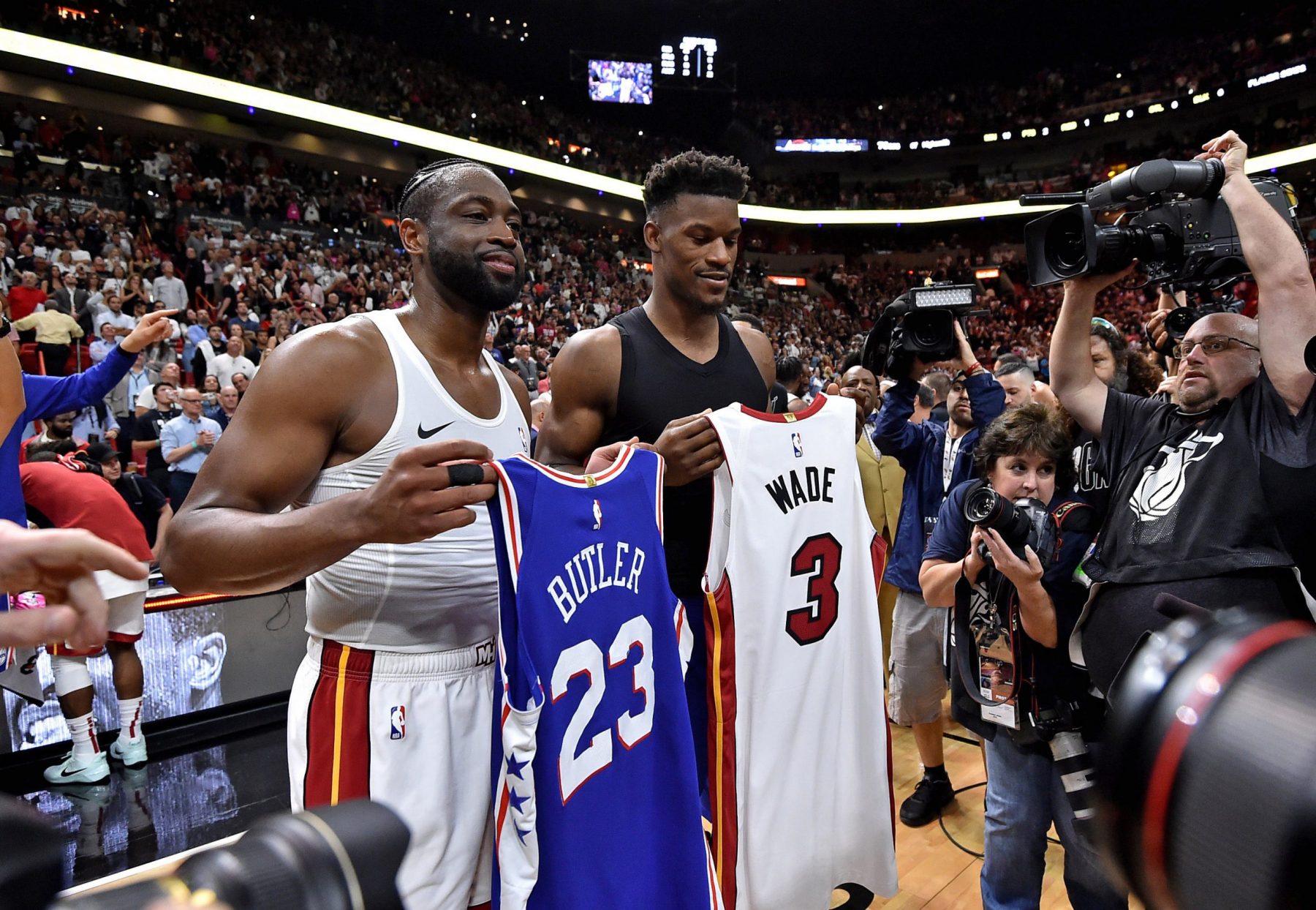 Hard to say one guy. Derrick Rose, Jimmy Buckets, D Wade, Rondo, Lavine, Beal, Mitch Robinson all incredibly talented with what they can do on the basketball court. https://t.co/ak4XovJY2O

Portis was teammates with both Butler and Wade on the Chicago Bulls. While Wade was in Chicago for just the 2016-17 season, he clearly made an impression on the big man.

Despite being in the twilight of his career that year, Wade still averaged 18.3 points per game.

The Bulls went 41-41 and made the playoffs as the No. 8 seed in the Eastern Conference.

As for Butler, he and Portis were teammates for two seasons in Chicago. Butler made the All-Star team in both seasons, averaging 22.5 points per game over that stretch.

In his first season for the Miami Heat, Butler has been as good as advertised, averaging 20.2 points, 6.6 rebounds and 6.1 assists per game this year.

He was named to his fifth All-Star team and has the Heat set up well for a playoff run, as they sit at fourth in the Eastern Conference.

Miami is hoping that Butler can fill Wade’s shoes and become the next superstar to guide the franchise.