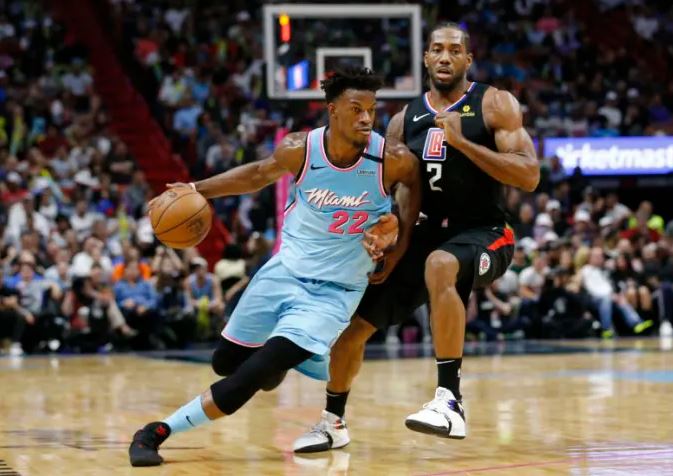 NBA analyst Bill Simmons has some high expectations for the Miami Heat in the 2020 NBA Playoffs.

Simmons revealed that he has the Heat facing the Los Angeles Clippers in the NBA Finals this year.

Bill Simmons on the HEAT:

“I picked Miami in this series, I bet on Miami to make the Finals & play the Clippers….I think Miami’s really good”#HeatTwitter pic.twitter.com/d0A2V3jp30

“I picked Miami in this series,” Simmons said of Miami’s upcoming series against the Milwaukee Bucks. “I bet on Miami to make the Finals and play the Clippers.

“I love this matchup for them. I like their team. I think they have an awesome coach.”

Simmons believes that the Heat have the makeup to beat the Bucks and advance to the Eastern Conference Finals.

“I think that they’re sophisticated enough on both ends to do some of the stuff you need to do against the Bucks,” Simmons said. “Build the wall against Giannis [Antetokounmpo], shoot the 3s, try to make the game more random. I just like the matchup. I like their team.

“And ironically, I thought Duncan Robinson was going to be the key guy for them in the playoffs for like making the leap. The guy in round one, and I watched way too much basketball the last three weeks, the guy in round one who I was just stunned by was [Tyler] Herro.

“Playing fourth quarters and deciding what to do on key possessions and stuff like that where they’re going through him over the other guys on the team.

“I think Miami’s really good. I really do. I think they’re a really good team. I would be really nervous if I was Milwaukee.”

That’s some high praise for a Heat team that finished fifth in the Eastern Conference. Miami made quick work of the Indiana Pacers in the first round, winning four straight games.