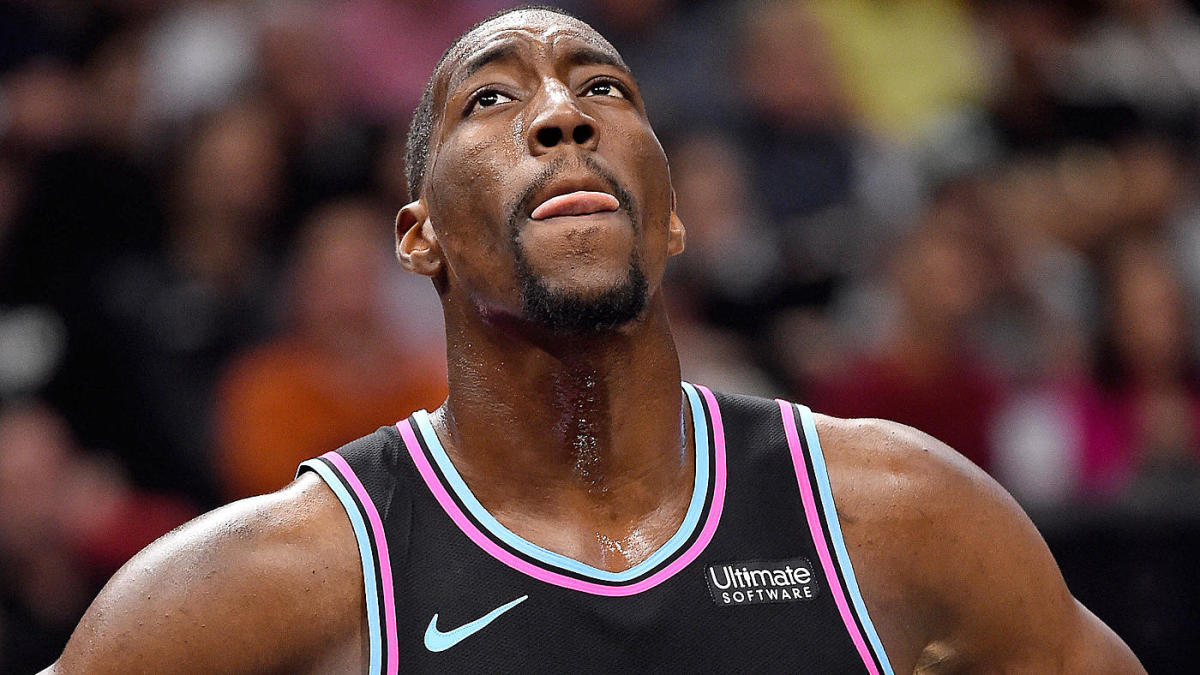 The Miami Heat are undergoing a lot of changes as they march towards the 2019-20 regular season.

While both new and returning players continue to work towards playing together as a cohesive unit, the returning big men are figuring out how their roles have changed with the departure of Hassan Whiteside.

Whiteside had an up-and-down tenure with the Heat, but one thing he could always be depended on for was his big body inside defensively.

Last season, Whiteside led the Heat with 136 total blocked shots. Bam Adebayo came in second in that statistical category with 65.

Now, with Adebayo almost guaranteed to be stepping into a starting role for the Heat, he recently discussed how his and the team’s defensive mentality has changed.

“It’s going back to our no-middle approach,” Adebayo said recently. “We’re in more of a switching-type approach now, one through four and switching on the fours.

“So, I feel like we’re going back to the no-middle situation and really getting after it, instead of funneling it to a shot-blocker.”

This change is certainly logical. With Adebayo now filling in as the starting center, the Heat will have a lot more flexibility and speed on the court. While Whiteside could certainly clog up the lane, he left a lot to be desired when it came to his ability to come out and defend the perimeter.

Adebayo is still in the first chapter of his NBA career, but veteran teammate Udonis Haslem has seen it all in Miami for much of the last two decades. That’s why for him, the defensive mentality of the team has remained mostly the same even if the specific strategy has changed.

“I think our mentality is always to not give anything easy,” he said. “We’ve changed a few technicalities and a few things in the scheme. But, ultimately, we want to make everything tough for people and I think we’re still making it tough for people, just in a different way.”

He also indicated that without a dominant shot-blocker, Heat guards will have to step up defensively.

“As a guard, it can give you a security blanket where you can become a little bit complacent,” Haslem said of having a designated shot blocker.

“And then as a shot blocker, they get a little selfish and say, ‘Send them to me. I want to get those blocks.’ So, it’s two sides of it. But as a guard, you have to understand that you have to do your job.”

As is with most things in the NBA, the Heat’s defensive strategy will continue to be a work of progress past the preseason and into the regular season campaign. Heat head coach Erik Spoelstra knows as much. For him, it’s just a question of whether or not his players can master the new approach.

“We’ll find out,” he said. “If you have the speed and quickness, we’ll find out if that’s going to be a challenge or an issue or not.”