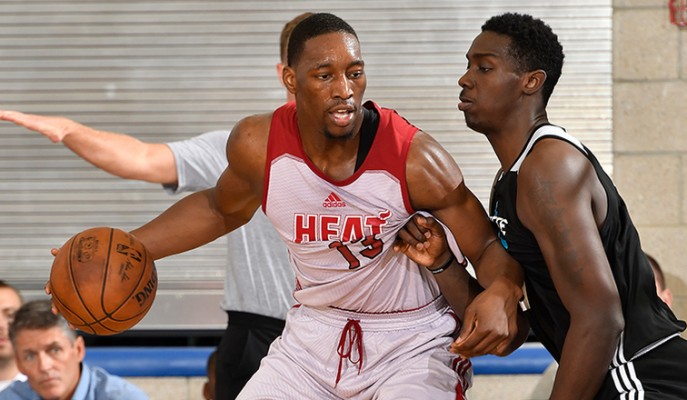 Ever since Nike and the NBA announced their jersey partnership for the upcoming NBA season, fans of every franchise have been patiently waiting for their favorite teams to unveil the new-look jerseys.

Some teams like the Minnesota Timberwolves and the Denver Nuggets have brought a whole new look to their uniforms, but a recently leaked image of Miami Heat rookie Bam Adebayo wearing the Heat’s new uniform reveals that the team has opted to maintain its previous look with very few changes.

Across the NBA, home and road jerseys will be replaced by “Association” and “Icon” jerseys respectively. Each team will also have two additional uniform options and will pick which one it wants to wear when playing at home. The road team can then choose any jersey of a different color to wear.

Both the “Association” and “Icon” jerseys will likely be quite similar to the Heat’s uniforms in previous years, but fans are hoping for some exciting new options when it comes to the unrevealed alternates.

While many teams have taken the new partnership with Nike as an opportunity to reboot their uniforms, the Heat’s commitment to tradition makes it clear that the franchise is operating under the mentality that if it’s not broken, don’t fix it.
[xyz-ihs snippet=”HN-Native-EndofArticle”]