Bam Adebayo on Jimmy Butler: ‘I Feel He Fits Perfectly With Our Core’ 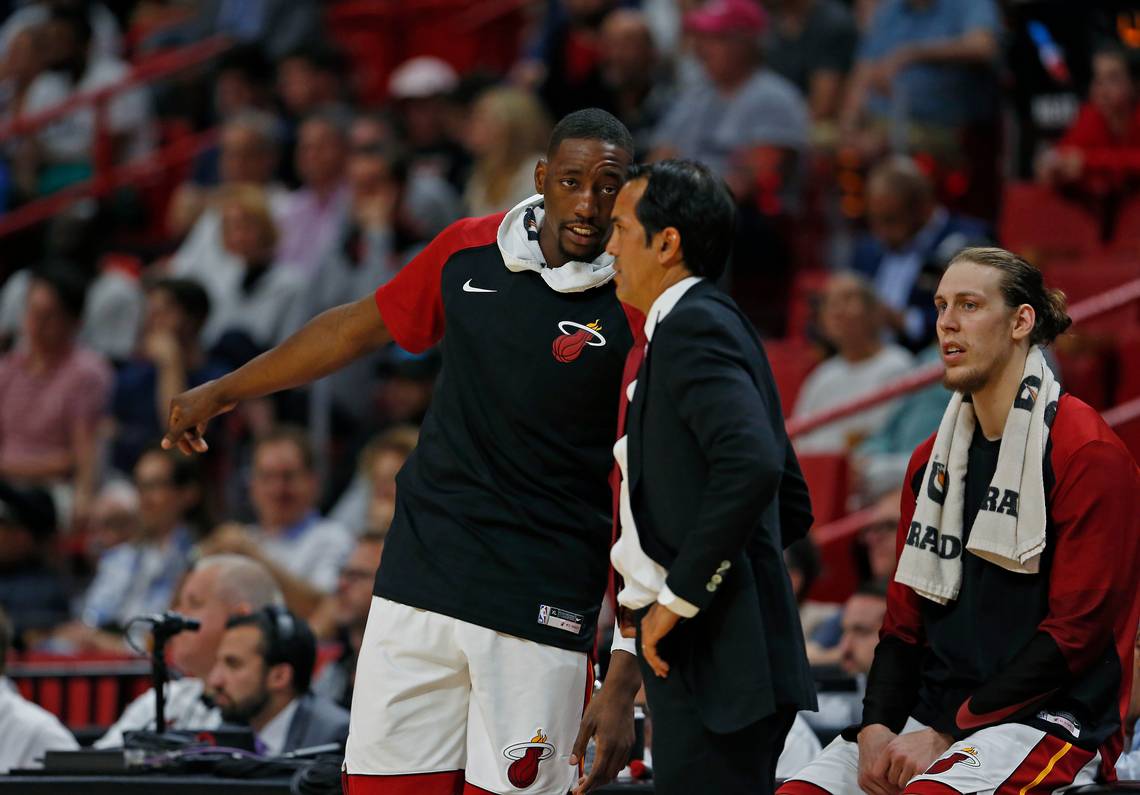 Jimmy Butler had an up-and-down couple of seasons before he was traded to the Miami Heat earlier this month.

He was with the Minnesota Timberwolves at the onset of the 2018-19 campaign, and then after demanding a trade, found himself on the Philadelphia 76ers where he wasn’t able to truly take advantage of his team-leading abilities until late in their playoff run.

Heat big man Bam Adebayo doesn’t think those issues will follow him to Miami. In fact, Adebayo thinks that Butler will prove to be a perfect match for the players already on Miami’s roster.

“He’s a good fit for us,” Adebayo said at a youth camp in South Florida. “I feel like all the young dudes that we’re developing and are becoming the core of the Miami Heat, I feel like he fits perfectly with our core. From the stories I’ve heard, he’s really intense in practice and he’s a winner and he wants to win. So I’m all for that. That’s me, that defines me. All for winning, do whatever it takes for your team, even if a couple of your teammates don’t like it and y’all got to butt heads. I feel like me and Jimmy and the core are willing to butt heads and go at it in practice just for the success of the team.”

Not only is he a good fit when it comes to playing style and intensity, but he also may prove to be the perfect leader for the Heat youngsters. Adebayo has already proven to be dedicated to improving and become a star in this league. Butler’s intensity and own rise to stardom could certainly help Adebayo in that journey.

Swingman Justise Winslow took huge leaps last season and seems to finally be living up to the potential that led him to being perceived as a major steal with the No. 10 overall pick in the 2015 NBA Draft.

As for the rest of Miami’s young core, the team certainly hopes that rookie Tyler Herro’s impressive performances in recent Summer League games will translate to the regular season.

In terms of veterans, the Heat lay claim to a number of savvy vets who can stretch the court with the ability to shoot consistently from deep. That works perfectly for a player like Butler who excels at getting to the basket and hitting from midrange.

According to many recent reports, the Heat are still looking to pair Butler with another established star, so it is quite possible that the core of this team changes before opening night.

Still, it looks like there will be a lot of success on the court with Butler at the helm in South Florida.