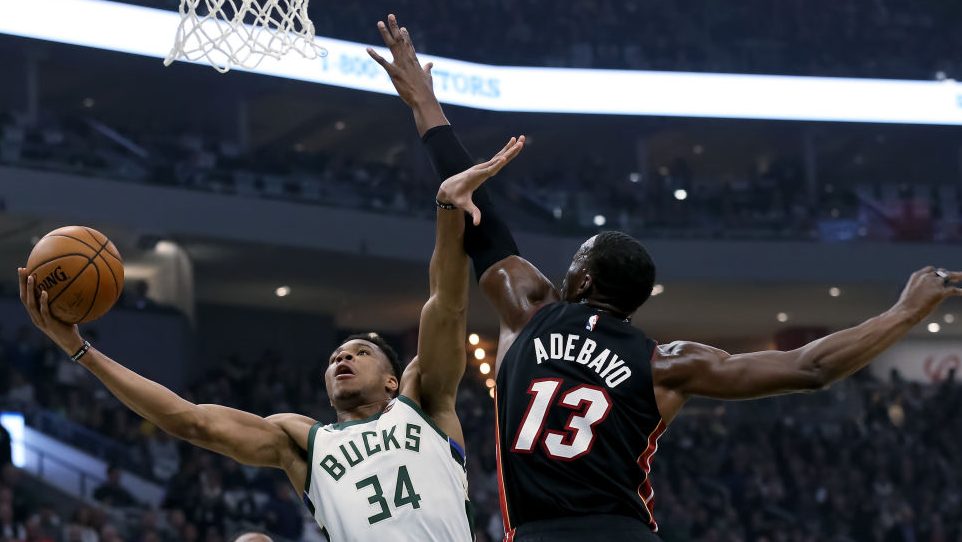 There’s no doubt the Miami Heat will look to chase Milwaukee Bucks phenom Giannis Antetokounmpo during the summer free agency of 2021.

While the Heat would love for their own stars to help recruit the reigning MVP, that may not be the case. Heat big man Bam Adebayo said he won’t be able to fully persuade Antetokounmpo to come to Miami.

“At the end of the day, I can’t force a man to make that decision,” Adebayo said. “That’s going to be his decision, his family’s decision. I can’t persuade him to do that.”

Antetokounmpo, 25, is anticipated to be the best free agent of the class of 2021.

The 6-foot-11 superstar took home his first MVP award due to an incredible campaign last season.

However, Antetokounmpo is outdoing himself and impressing everyone again this year. He is putting up a ridiculous 29.9 points, 13.8 rebounds and 5.8 assists per game this season.

In addition, the veteran’s production has the Bucks with the top record in the association.

Yet, the only thing that will matter to Antetokounmpo is if the Bucks can attain a championship this season or next.

Otherwise, the Heat could attempt to lure the star away, much like they did with LeBron James in 2010.

Adebayo, 22, would be a huge part of the Heat’s pitching plan. The big man is one of the best young players in the league. He is having a career year with 16.2 points, 10.5 rebounds and 5.1 assists per game this season.

The Heat and Bucks take on one another in Miami on Monday night.