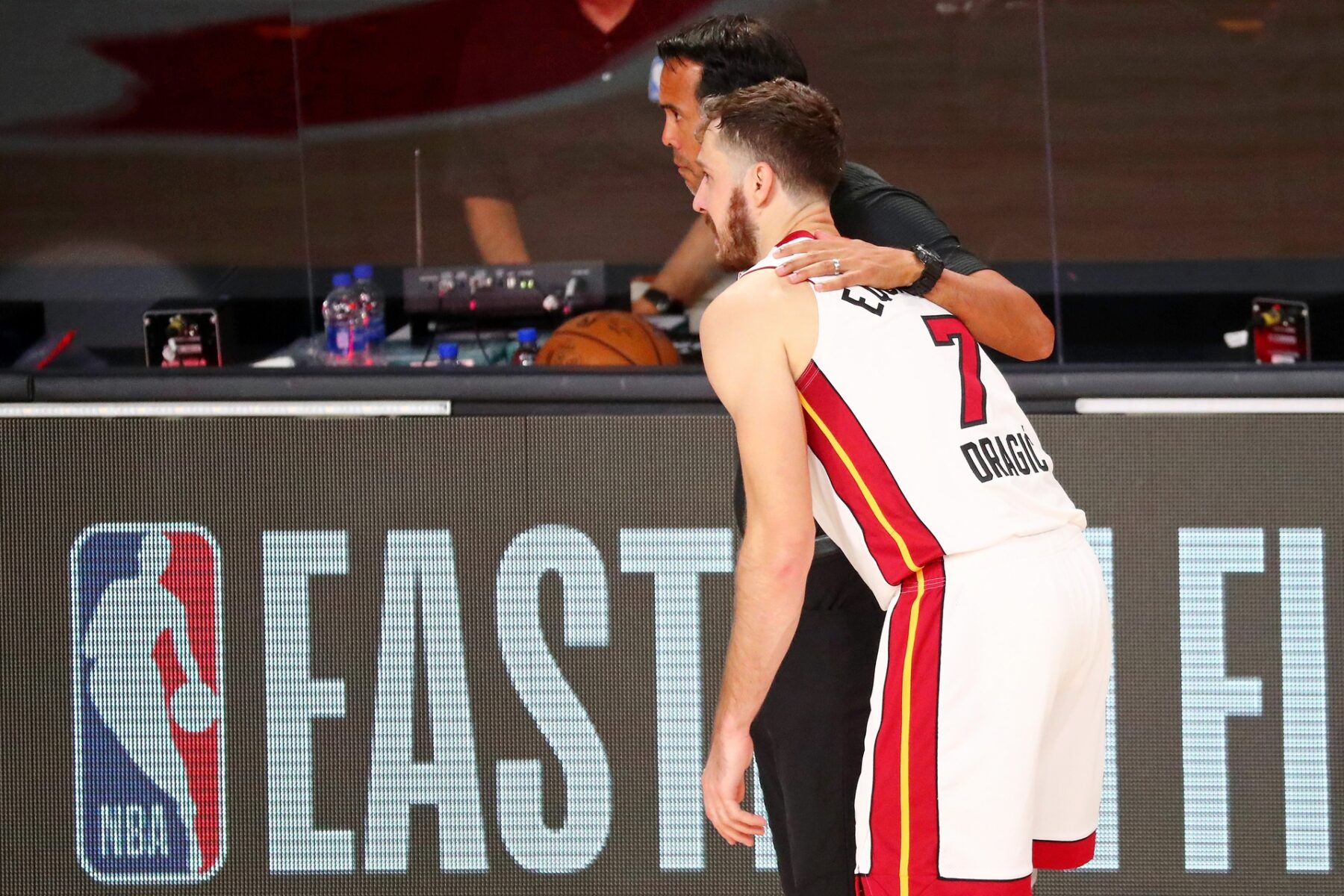 Miami Heat head coach Erik Spoelstra is two wins away from reaching the NBA Finals for the fifth time in his coaching career. The impact he’s had on this current Miami squad hasn’t gone unnoticed by his star players.

Veteran guard Goran Dragic, who has had his fair share of coaches in the NBA, recently spoke about Spoelstra. Dragic had high praise for the two-time NBA champion head coach and his ability to put everything together while being as upfront as possible.

“I think the thing that fascinates me is how he can put all of these different pieces together and make the team function,” Dragic said. “One of the best qualities that he has is he’s upfront with you. He’s going to tell you, ‘Hey, this is your role. You’re going to do this, this and this.’ Basically there’s no confusion with the players. You know what your role is on the team. When you’re setting those roles on the team like that, then you can play free. He’s really an underrated coach. One of the best coaches in this league. People should give him more credit for that.”

Along with Dragic singing his head coach’s praises in Miami, star center Bam Adebayo also chimed in on what he’s seen from Spoelstra in his short time with the Heat. He explains how Spoelstra is all about his players developing, and the 23-year-old may be the perfect example of what the veteran coach can do for a young player.

“He wants people to improve. I feel like that’s the biggest thing about Spo,” Adebayo said. “He wants his players to develop. He doesn’t want them to just develop in like one thing. He wants you to expand your game. Having a coach like that that wants his players to be unique and wants them to be what they want to be or what they think they can be, and just morphing them into being that. That’s a big thing for me.”

The Heat are arguably the most talented young team in the NBA right now. Young players like Adebayo, Tyler Herro, Kendrick Nunn and Duncan Robinson have flourished under Spoelstra while being key contributors to this championship-caliber team.

Spoelstra will try to get the most of his players moving forward with the 49-year-old head coach only six wins away from hoisting the Larry O’Brien Trophy for the third time in his young coaching career.