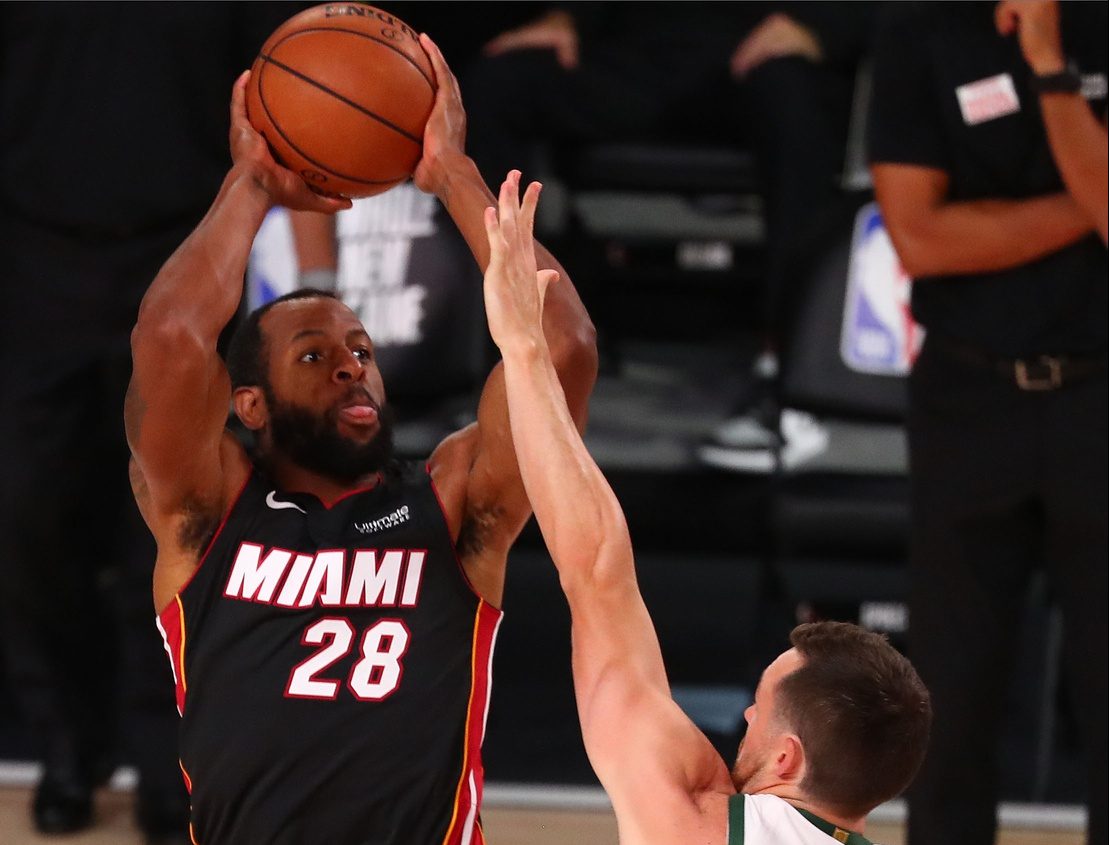 Miami Heat shooting guard Andre Iguodala is unconcerned whether or not his statistics look good.

Instead, he prefers to focus on what he can do to help the Heat win.

Iguodala is playing in his 16th NBA season and has the perspective of a seasoned veteran who knows that a player’s numbers in a box score don’t always reflect his contributions.

“For me, it’s different types of games. I think I have a different mindset just knowing what the team needs,” Iguodala said. “Just trying to play winning basketball and then understanding that something that may not reflect the contribution on the stat sheet and being comfortable with that.

“We tend to look at the stat sheet too much to determine whether guys had a good game or not. For me, it’s just trying to fill the void.”

The 36-year-old Iguodala was acquired by the Heat in February and has extensive experience when it comes to winning at the highest level.

For six seasons, he played with the Golden State Warriors. During the last five years of that stint, the Warriors reached the finals every year and won three NBA titles.

Iguodala had been a regular double-digit scorer prior to playing for the Warriors. However, he had never been part of a championship team before joining Golden State.

By adapting his game, Iguodala became a valued player on the Warriors and ended up being named NBA Finals MVP in 2015.

This season, Iguodala is only averaging 4.7 points, 3.9 rebounds and 2.6 assists in his 18 games as a member of the Heat. Yet, the team acquired him largely because of the leadership and championship DNA he brings to the team.

Since resuming play to complete the 2019-20 campaign, the Heat have split their four contests. Still, they are building towards what they hope will be a deep playoff run.

If a deep run takes place, it seems likely that Iguodala’s approach will be part of the formula.