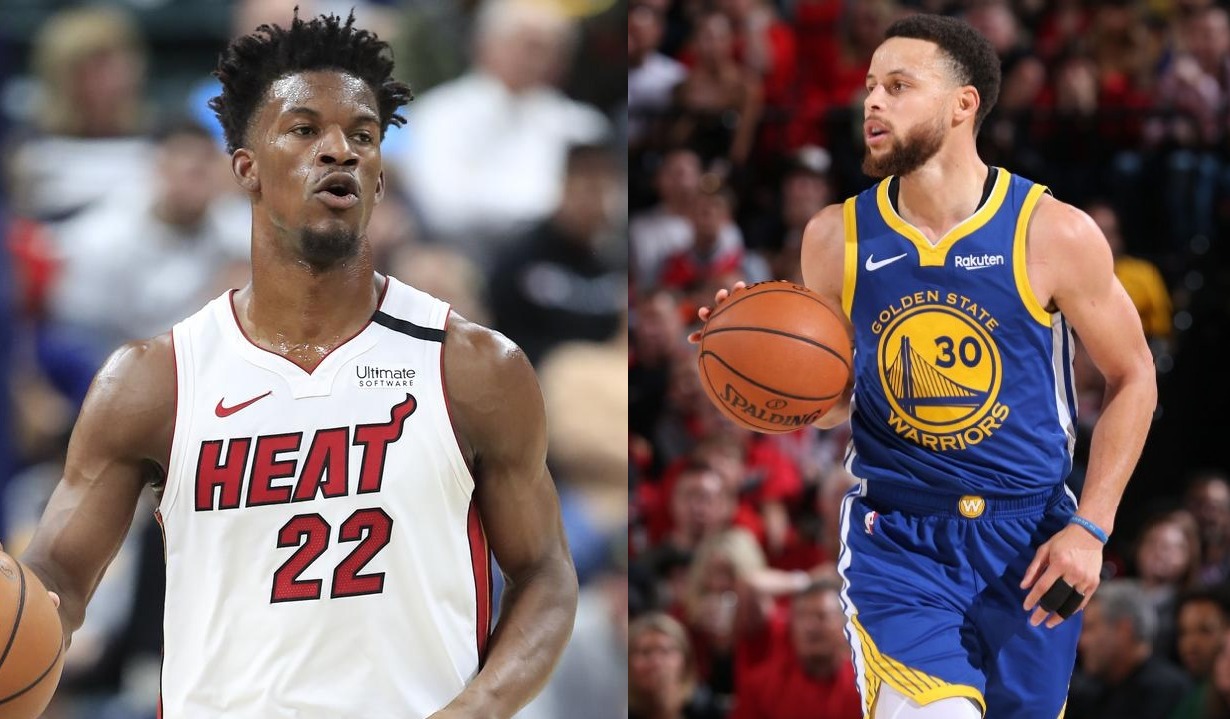 Having been with the Miami Heat for a couple months now, Andre Iguodala has seen firsthand how talented of a player and leader Jimmy Butler is.

In fact, Iguodala heaped praise upon his new teammate by comparing him to another one of the best players in the league.

Iguodala — while describing leadership styles of Curry and Butler: "It's just two individuals who have maximized all their attributes …being the best version of themselves. Both counted out. Both weren't projected to be superstars in this league, but look how far they've come"

Iguodala played with Stephen Curry on the Golden State Warriors for six seasons. Together, they won three NBA titles from 2015 to 2018.

Curry was the seventh overall pick in the 2009 NBA Draft. But only a few people foresaw that he would become one of the league’s most dynamic offensive players. Injuries early in his career also had skeptics wondering if the 6-foot-3 guard would even last long in the NBA.

Butler’s story is as inspirational as that of the two-time league MVP.

After being drafted 30th overall in the 2011 NBA Draft by the Chicago Bulls, Butler rarely saw action during his rookie year, averaging a mere 8.5 minutes per game. However, his skills were evident early on.

As his career progressed, he would become known for his intense work ethic. Because of this, Butler has risen to stardom and become one of the sport’s best two-way players.