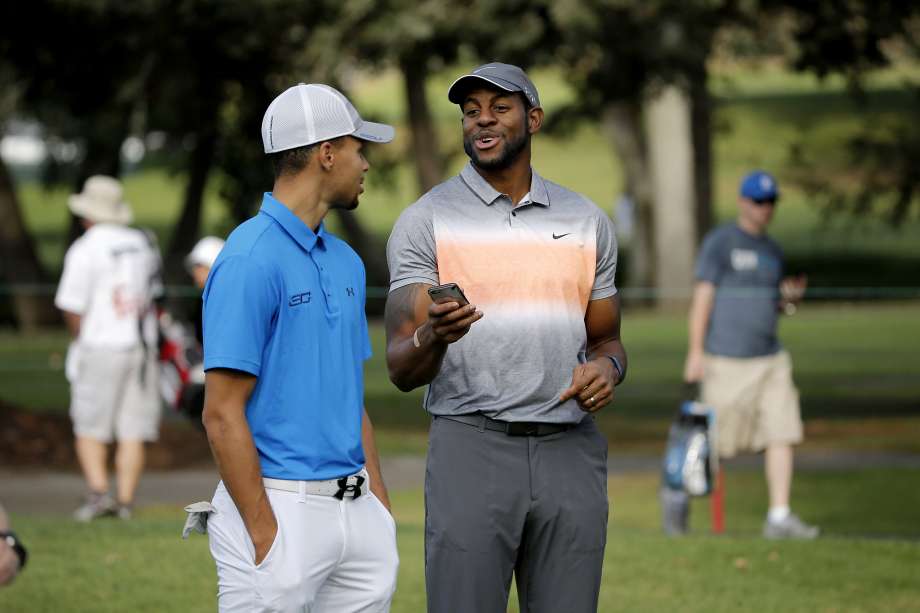 Yo @StephenCurry30 go save them boys mane!

Manning and Brady are joined by golf legends Tiger Woods and Phil Mickelson in the charity matchup that benefits COVID-19 relief efforts. Manning and Woods are paired against Brady and Mickelson.

Iguodala only joined the Heat in February, but it’s clear that he still has a soft spot for his years with the Warriors. During that time, the team reached the NBA Finals five consecutive seasons and won three titles, with Iguodala being named Finals MVP in 2015.

From Iguodala’s vantage point, it’s clear that he believes that Curry would be a better option in this setup, considering Curry took up the sport more than two decades earlier.

Over that span of time, Curry has maintained his enthusiasm for the sport and continued to sharpen his game.

That ability to hit the links has affected Curry in recent months because of the virus quarantine. Depending on how the NBA crafts its scheduling to complete the 2019-20 season, his time to play this summer may be reduced.

For Iguodala, he and his Heat teammates are hoping to get back on the court, since they had the fourth-best record in the Eastern Conference when NBA play was suspended on March 11.