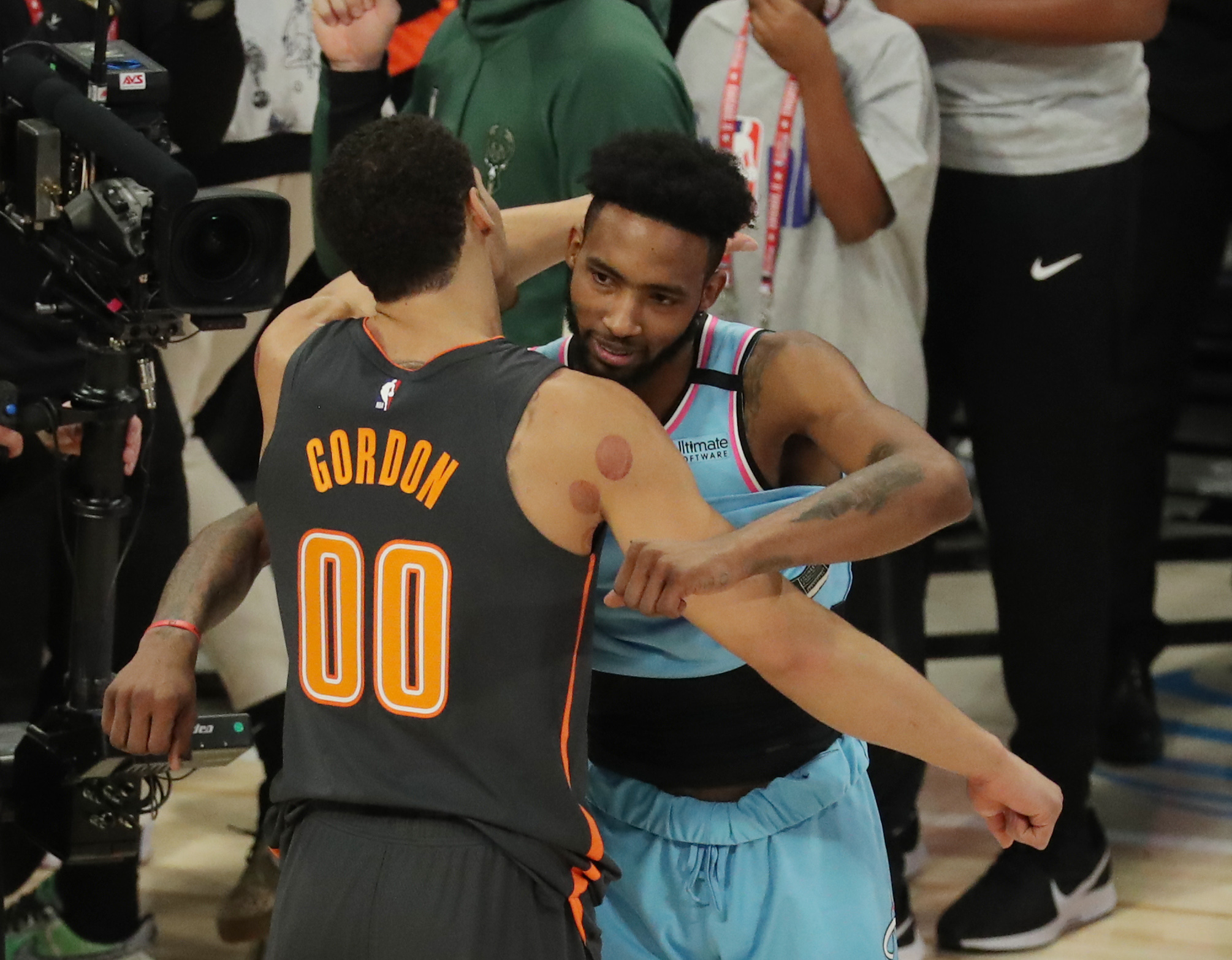 The right guy won…. Kenny wasn’t behind the judges table….

The 2020 Slam Dunk Contest was one for the books.

In addition to providing a ton of entertainment, the contest created a ton of controversy regarding how it concluded.

The championship round of the contest was between Jones and Orlando Magic star Aaron Gordon. However, after tying in the final round, both players went to an additional “dunk-off” round.

After Jones and Gordon each scored 50 for their opening dunk of the extra round, the Heat small forward conducted a windmill from just inside the free-throw line. The judging panel, including franchise icon Dwyane Wade, gave him a 48.

Gordon then brought out Boston Celtics 7-foot-5 center Tacko Fall. Gordon proceeded to jump over the giant and somehow completed a shaky dunk. Yet, the judges awarded him a 47, giving Jones the victory.

While most of the league is outraged Gordon didn’t win, it’s good to know Jones has the support of his teammates. Jones and Bam Adebayo are both taking home All-Star Weekend trophies back to Miami.