Don't Miss
Home / Media / Andre Iguodala on facing off against Stephen Curry: ‘I’m getting old, I hope he doesn’t embarrass me’

Andre Iguodala on facing off against Stephen Curry: ‘I’m getting old, I hope he doesn’t embarrass me’ 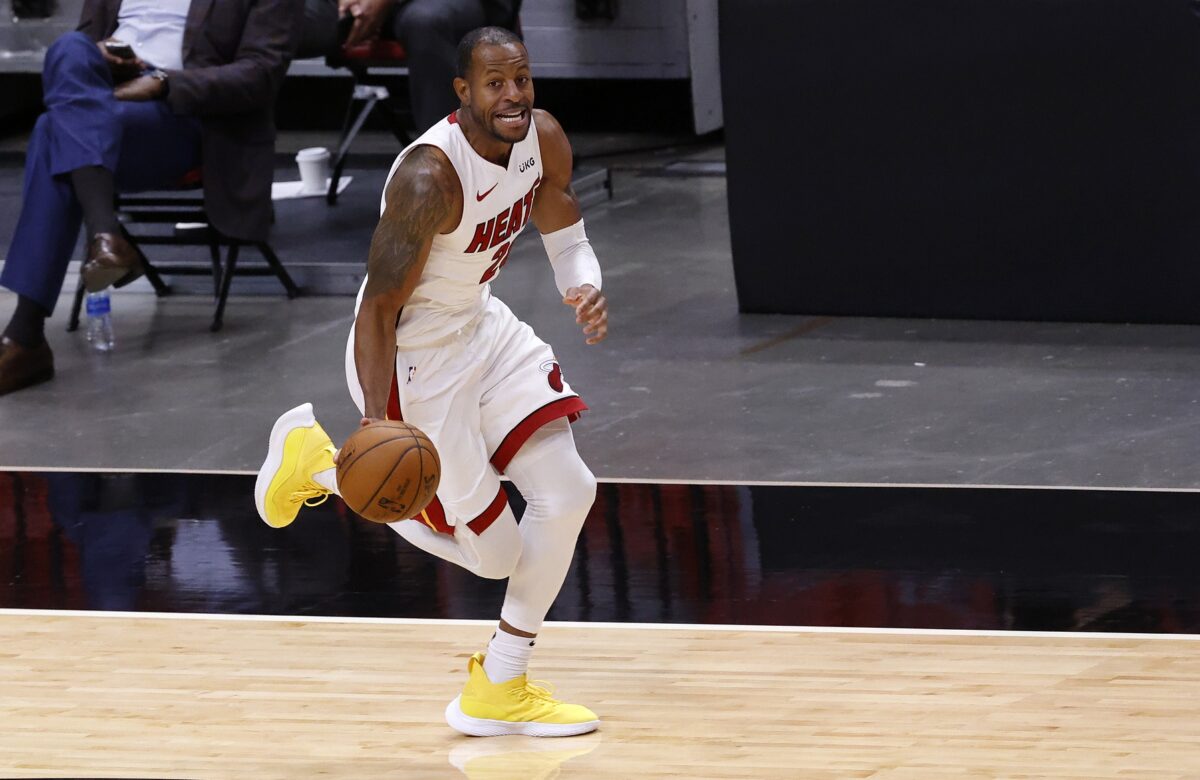 The two won three NBA titles together with the Warriors and were a part of the team that broke the regular season record for most wins in a single season with 73.

Curry and Iguodala will square off on Wednesday night when the Heat take on the Warriors.

However, the older Iguodala is just hoping that his old teammate will take it easy on him.

Curry is having another MVP-caliber season, as he is averaging 30.1 points, 5.3 rebounds and 5.9 assists per game.

He has scored 27 or more points in 10 consecutive games for the Warriors.

The Heat and Iguodala will have their hands full with Curry tonight, and Miami is looking to avoid dropping its third consecutive game.

The Warriors and Heat will tip off tonight at 10 p.m. EST.