Don't Miss
Home / Media / Amar’e Stoudemire: ‘I Feel Like I Can Still Get Back to All-Star Form’

Amar’e Stoudemire: ‘I Feel Like I Can Still Get Back to All-Star Form’ 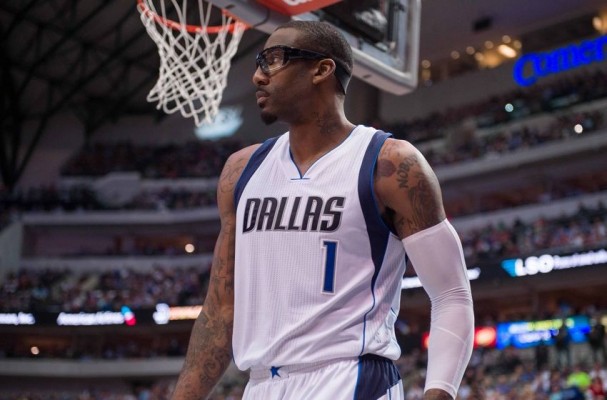 The last time Amar’e Stoudemire was an All-Star, the Miami Heat were in their first season of the “Big Three” era featuring LeBron James, Dwyane Wade and Chris Bosh.

While that may have been four seasons ago, Stoudemire still feels like he can replicate his play from earlier on in his career. In an interview with the Associated Press, the former six-time All-Star stated that he feels like he can get back to an All-Star level of play this season:

“Just four years ago I was an MVP candidate and an All-Star. I feel like I can still get back to that All-Star level of play. If I can achieve that, then that’s going to help the team in its entirety. I will accept whatever the role is.”

Though it remains true it was just four years ago that Stoudemire was playing at a high level in his first season with the New York Knicks, four years ago is a long time in NBA years. Heck, guys like Kobe Bryant and Steve Nash were still playing like elite players during the 2010-11 season.

During that year, the 6’10” veteran averaged 25.3 points and 8.2 rebounds per game while leading the Knicks to their first playoff berth in seven years. He was not only an MVP candidate and an All-Star player, but was also was named to the All-NBA Second Team.

Having said that, that was several seasons and a few knee surgeries ago. Stoudemire remains a highly-effective option off the bench in limited spurts. He averaged 10.8 points in just 16.5 minutes per game last season. If you equate that to 36 minutes per game, he would have averaged 23.5 points per contest.

While it’s nice to see how confident the veteran is entering his first season in Miami, he does remain realistic about what might happen this year:

“Stay tuned. At this point, I don’t know what I’m going to bring. My goal is to become a better player than I was last year, expand on what I did last year. I have a lot of skill set left in this body and I want to show that.”

Barring injuries to the starters, Stoudemire will remain an option off of the bench. He may not be an All-Star this year, but he will receive 20-to-25 minutes per game to show that he can still play like one in limited minutes.
[xyz-ihs snippet=”Responsive-Ad”]