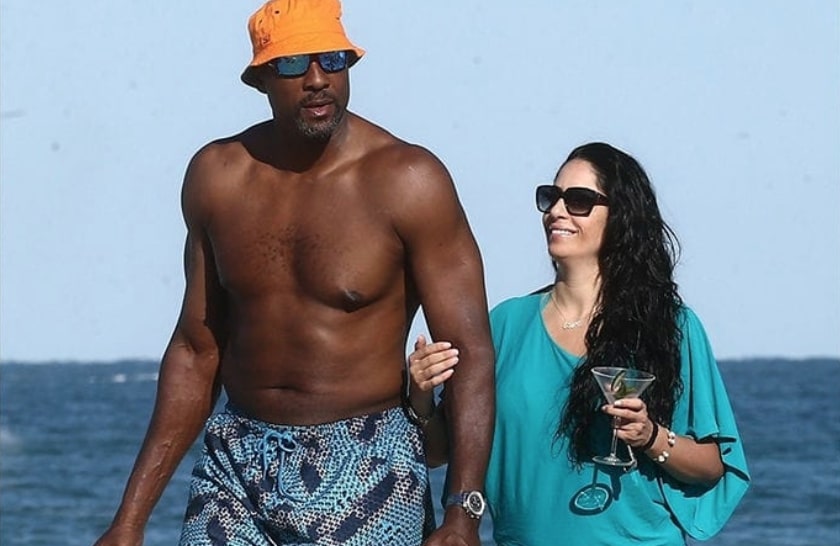 After moving forward with a divorce with then-wife Tracy Wilson Mourning back in February, it looks like Alonzo Mourning is wasting no time moving on.

He was apparently spotted with his new lady on a beach in Miami.

Alonzo Mourning apparently made over $147 million while with his former wife, as the two also have three children together. The two first met in 1980 in Las Vegas, when the future NBA star was playing in the Las Vegas Desert Classic.

Alonzo Mourning won an NBA championship with the Heat back in 2006, and in 2009 he became the first player in Heat history to have his jersey number retired (33).

The legendary Heat big man still works in the Heat front office as vice president of players programs for the Heat.
[xyz-ihs snippet=”HN-300×250-TextnImage”]