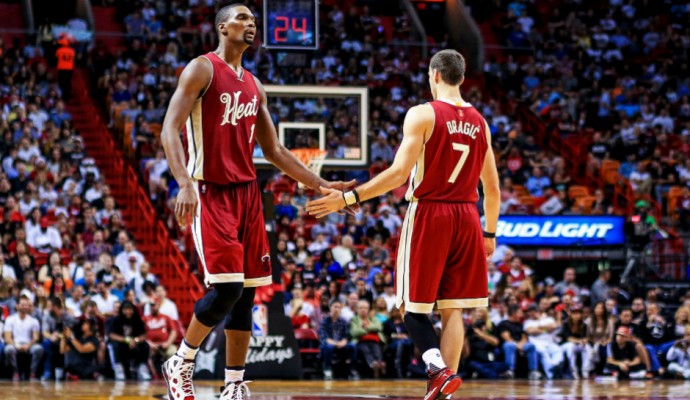 Moving the Miami Heat back into the role of contenders within the NBA is a continuing process that team president Pat Riley and his staff have focused on since the team’s season came to an end two months ago. However, former Heat center Alonzo Mourning is confident about the chances of reaching that level again.

The Palm Beach Post spoke with Mourning, who compared the Heat’s past few years to his own fate from two decades ago, when his kidney troubles eventually required a transplant. That took away nearly two years of his career, with the problems mirroring those that ended the career of Chris Bosh. In addition, the team has lost both LeBron James and Dwyane Wade to free agency over the past three years.

“It happened to me, illness. Pat had to rebuild. With Chris and LeBron, D-Wade leaving, same thing. Rebuilding. He’s one of the greatest basketball architects on the face of the earth. He knows what it takes to win. He knows what to do when it pertains to developing a champion. We’ve seen him do it time and time and time again. I trust this will be no different.”

In Mourning’s mind, the absence of Bosh was the only thing standing in the way of the Heat facing the NBA champion Golden State Warriors in the recently concluded Finals.

“Obviously if Chris was playing healthy it’s a different story in the Eastern Conference with us,” Mourning said. “We probably go through Cleveland. … Right through them. We probably beat them. We really do. I think we had enough tools to get it done.

“Can you image if Chris was healthy. Not just with Hassan (Whiteside). Goran (Dragic), what he did this year. And Dion (Waiters) and then JJ (James Johnson). Oh my God. If you put a healthy Chris Bosh with all of them, that’s a scary team against Cleveland.”

The level of commitment by those currently on the team is something that’s also excited Mourning.

“I saw them in the locker room before I came upstairs. They’re down there, I’m like, ‘Good God, the dedication these young guys have to want to be good. They want to win.’ We drill it in them. They see (the rings) on our fingers every day we come in here. They want to be there and you know what, I think this year kind of gave them a little confidence they can be there if they do it the right way.”

The first steps toward adding additional pieces will take place next Thursday night, as the Heat have the 14th selection in the NBA Draft. Nine days after that, Miami will look to start the process of bringing in some key free agents while also attempting to keep players like Waiters and Johnson.
[xyz-ihs snippet=”Responsive-ImagenText”]