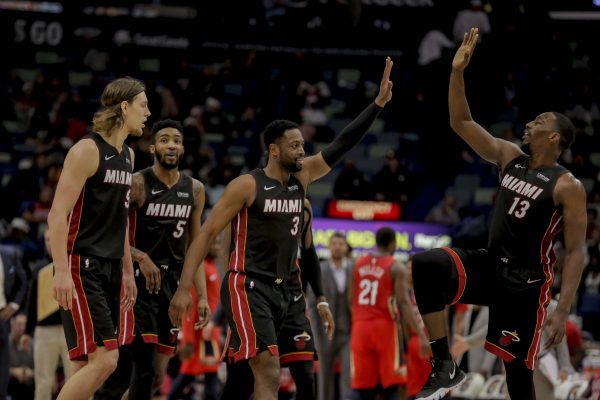 Thanks to an impressive 4-2 record on a tough six-game West Coast road trip, the Miami Heat’s playoff chances are looking up.

According to a Monday morning article from CBS’ Scout.com, the Heat currently have a 45 percent chance of making the 2018-19 playoffs. This is quite the turnaround from just a few weeks ago when, after a home loss to Atlanta, the team’s hopes of reaching the postseason were at a paltry 8 percent.

Things have looked much more promising in the eight games since that loss versus Atlanta, as the team has gone 6-2 with big wins against New Orleans, Utah, and Memphis. The recent stretch of strong performances has clearly boosted confidence in both Miami and in the media.

However, it’s not all good news for a team that has struggled to string wins together so far this season. After having the 11th easiest schedule in the NBA to date, the Heat will have to endure the ninth toughest schedule the rest of the way.

Because their schedule only gets tougher from here, the Heat’s projected wins for the season currently sit at 39.5, which may be good enough to sneak into the Eastern Conference playoffs

At the moment, Miami is in ninth place in the conference and just one game behind Orlando and Charlotte. If the wins keep coming as they have lately, Miami could potentially leapfrog both teams and see that 45 percent chance skyrocket.

With a few days of rest on the books after their road trip, the Heat will look to continue their winning ways on national TV against the Houston Rockets on Thursday.
[xyz-ihs snippet=”HN-300×250-TextnImage”]