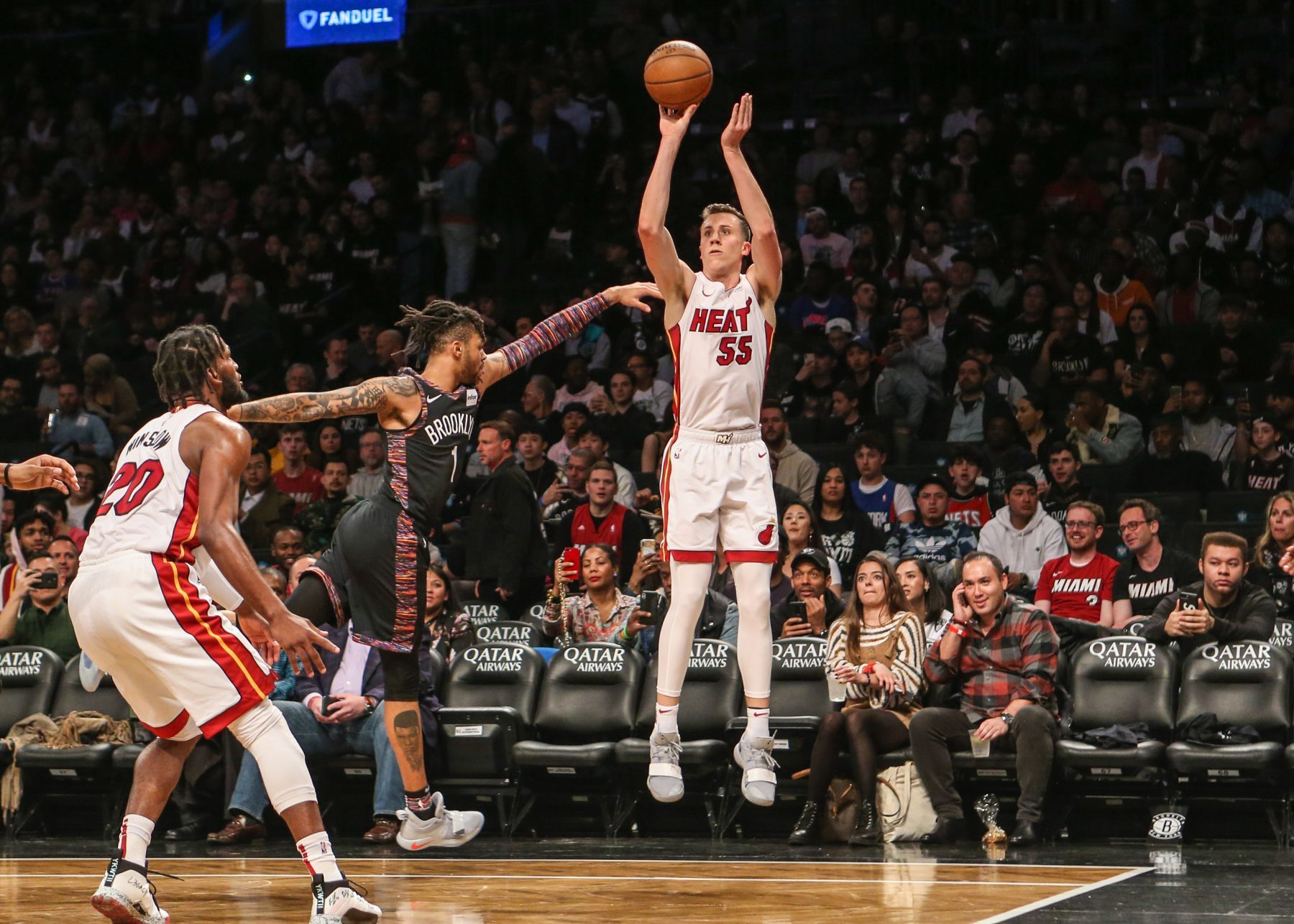 The Miami Heat have had a knack for developing players that end up making contributions to the team down the road.

Three young players who are continuing that tradition are Duncan Robinson, Yante Maten, and Kendrick Nunn.

Ira Winderman of the Sun Sentinel points out that the Heat have focused on ramping up the development of the three young players. All three will take part in the Heat’s summer camp in Sacramento, Calif. before competing in summer league action there and in Las Vegas.

Heat assistant general manager Adam Simon has been impressed by the work ethic displayed by the trio:

“Yante and Duncan and Kendrick have been working really hard. They’re in the best shape they’ve ever been in. They’ve been putting in a great amount of time in our gym since the season ended. And so, for them, it’s a big step.”

In the case of Robinson and Maten, the two had been signed last offseason to two-way contracts before earning a standard deal by the end of the G League season. Both are 6-foot-8 forwards who saw limited action for the Heat.

Robinson started once in his 15 appearances, averaging 3.3 points and 1.3 rebounds per game, while Maten played a total of 13 minutes over two games.

Despite the development value that comes from summer league action, Simon is wary of putting too much stock in the performances:

“There’s a lot of players like them around the league who are one-year players or two-year players who are hoping to make a big impression. Then you’ve got the rookies we just drafted. I don’t think you can get caught up in players that do really well in summer league that were top picks and you can’t get really down on players that struggle.

“I’ve seen it go both ways, where guys are really good and you were like, ‘Oh, this guy is going to be great,’ and it didn’t really work out. And at the same time, we’re seen guys that struggled a little bit and it’s just part of their adjustment.”

Yet for players seeking to find any path to the NBA, Simon says there are different possibilities that might emerge from solid performances, one being joining the Heat’s G League affiliate Sioux Falls Skyforce:

“A lot of those guys are looking to get in for summer development, trying to get a two-way-contract, Exhibit 10, and those players will be fed into a summer program and will be with the Skyforce later in the year. There are different levels and different opportunities for all sorts of players in summer league.”

On July 5, the action shifts to Las Vegas, with action that will continue until the championship game on July 15.
[xyz-ihs snippet=”HN-300×250-TextnImage”]

Adam SimonDuncan RobinsonFeaturedKendrick Nunnmiami heatNews Tickeryante maten
← Previous Story Tyler Herro Claps Back at Critics Concerned About His Negative Wingspan
Next Story → Kevin Durant Breaks Down Tyler Herro’s Game: ‘This Kid Knows How to Do It’