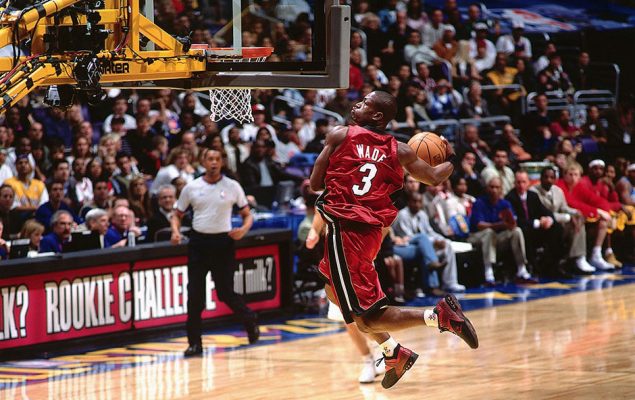 When it’s all said and done, Dwyane Wade will have completed his 16th season when he retires in the offseason of 2019. As the 12-time All-Star begins his farewell tour that he’s titled, “One Last Dance,” he’s had some time to reflect on what the current Wade would tell the 21-year old rookie version of himself.

NBA.com’s Sekou Smith sat down with Wade to hear his take:

Sekou Smith: “So what advice would 2018 Dwyane Wade give to rookie Dwyane Wade, in terms of the things you need to be ready for over the course of the next 16 years?”

Dwyane Wade: “I guess it would probably be more off-the-court stuff. You know, when I came into this league nobody told me how to handle this stuff. I didn’t know many NBA players if any at all really. I didn’t grow up with a father that played in the NBA or an uncle or even a close family friend. So really it would be stuff off the court. Learn the hard stuff. Watch your money, you know, pay attention to how you spend your money. I guess, family, definitely don’t mix business and family [laughing]. Don’t ever do that. It would be a lot of things away from basketball, just things everybody needs to know as you grow from a young man into true adulthood.”

As far as on-the-court advice, he had another view:

“On the court, the message would be simple: just do what I did,” said Wade. “I put myself in a position where people have talked about me being one of the top three shooting guards to ever play this game and to have an opportunity to further honor what I’ve done as a player after I’m actually done playing this game. That’s amazing in itself for where I came from. So yeah, on the court, I’d say just go out there and be a young bull. Play your heart out. And off the court, I’d say watch everybody, watch out for yourself in everything you do.”

Miami Heat fans have the rest of the season to take in the final glimpses of Wade’s world-stopping mid-range wizardry and unbelievable layup finishes that the 36-year old is still able to achieve at a high level. For Wade, he’s done the unthinkable and come full circle.
[xyz-ihs snippet=”HN-300×250-TextnImage”]