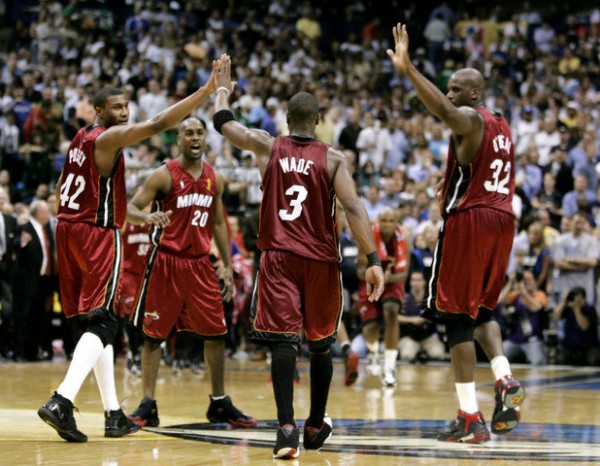 Let’s forget about LeBron James and Chris Bosh for a second.

Let’s take it back a decade, when Dwyane Wade put on one of the greatest NBA Finals performances the league has ever seen.

Being down 2-0 to the Dallas Mavericks seemed like an insurmountable lead with the way the Miami Heat had been playing. Dallas had a 13-point lead with 6:34 left when Wade elevated his game to a Jordanesque-type level coming through with 15 of his 42 points in the fourth quarter to lead his team to victory.

A decade later, many say that Game 3 was the reason the Heat were able to propel themselves and sweep the next three games to win their first championship. Other say Wade simply willed that squad across the finish line.

“Coach was calling the plays to get the ball in my hand,” Wade said. “I was just looking up at the score and thinking, ‘No, I ain’t going out like this. I’m not going out 3-0.'”

Either way, it will always be remembered as one of the greatest finals moments of all time. Kevin Pelton of ESPN, in small installments, is in the process of unveiling his top NBA Finals moments based on the importance of the game, the quality of play in the game, and the significance of the individual performances.

It’s safe to the say this particular Game 3 satisfies all of these criteria and then some. Pelton ranked this game at No. 23. We will have to wait and see if ESPN thinks the Heat franchise has any other top NBA Finals moments but there is a solid chance we could see a Big 3 era game in the mix.
[xyz-ihs snippet=”Responsive-Ad”]