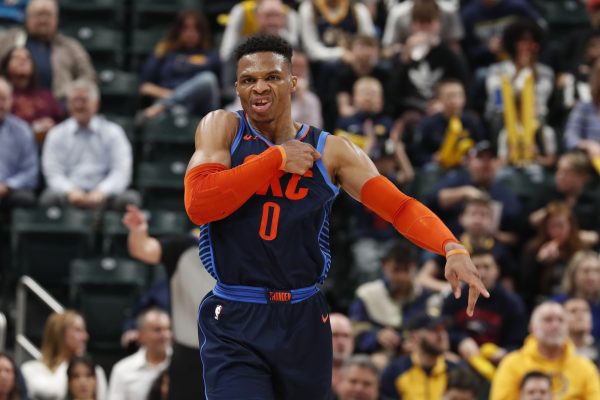 Oklahoma City Thunder All-Star guard Russell Westbrook has been suspended for one game after receiving his 16th technical foul of the season. As a result, he’ll miss tomorrow night’s game between the Thunder and Miami Heat.

This is big news for the Heat as they are currently in the middle of a playoff race and need all the wins they can get.

The Heat are currently in the eighth and final playoff position in the Eastern Conference, just one and a half games in front of the ninth-placed Orlando Magic and two games ahead of the Charlotte Hornets, whom the Heat beat on Sunday afternoon.

Monday’s game against the Thunder is the first of four straight road games for the Heat.

So far this season, Westbrook has averaged 22.9 points, 11.1 rebounds and 10.5 assists per game. The 30-year-old point guard has averaged a triple-double over the past two seasons.

In the previous meeting between the two teams this season, where the Thunder won 118-102, Westbrook recorded 14 points, 12 rebounds, and 14 assists.