Report: Nicolas Batum (Ankle) ‘Most Likely’ to Return for Game 5 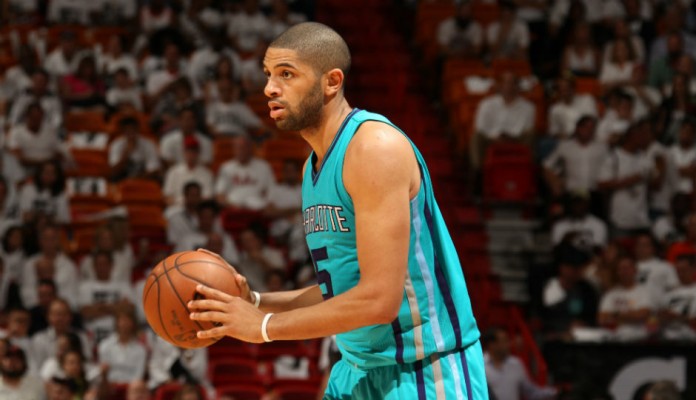 If you thought the Miami Heat were going to catch a break coming home for Game 5, well you were wrong.

Batum, a usual starter for the Hornets, may come off the bench tonight but it certainly won’t affect his impact on the game. The swingman has been one of the best players on the Hornets this season, rounding up averages of 14.9 points, 6.1 rebounds and 5.8 assists a game.

Batum: I expect to play tonight. He wanted to play game 4, asked Clifford to come off the bench tonight so he doesn't "mess up" the mojo.

The Heat did not take advantage of Batum’s absence in Charlotte as the Hornets tied up the series at two games apiece. Now, they’ll have to worry about an already confident Hornets team with the addition of Batum back in the lineup.
[xyz-ihs snippet=”Responsive-Ad”]