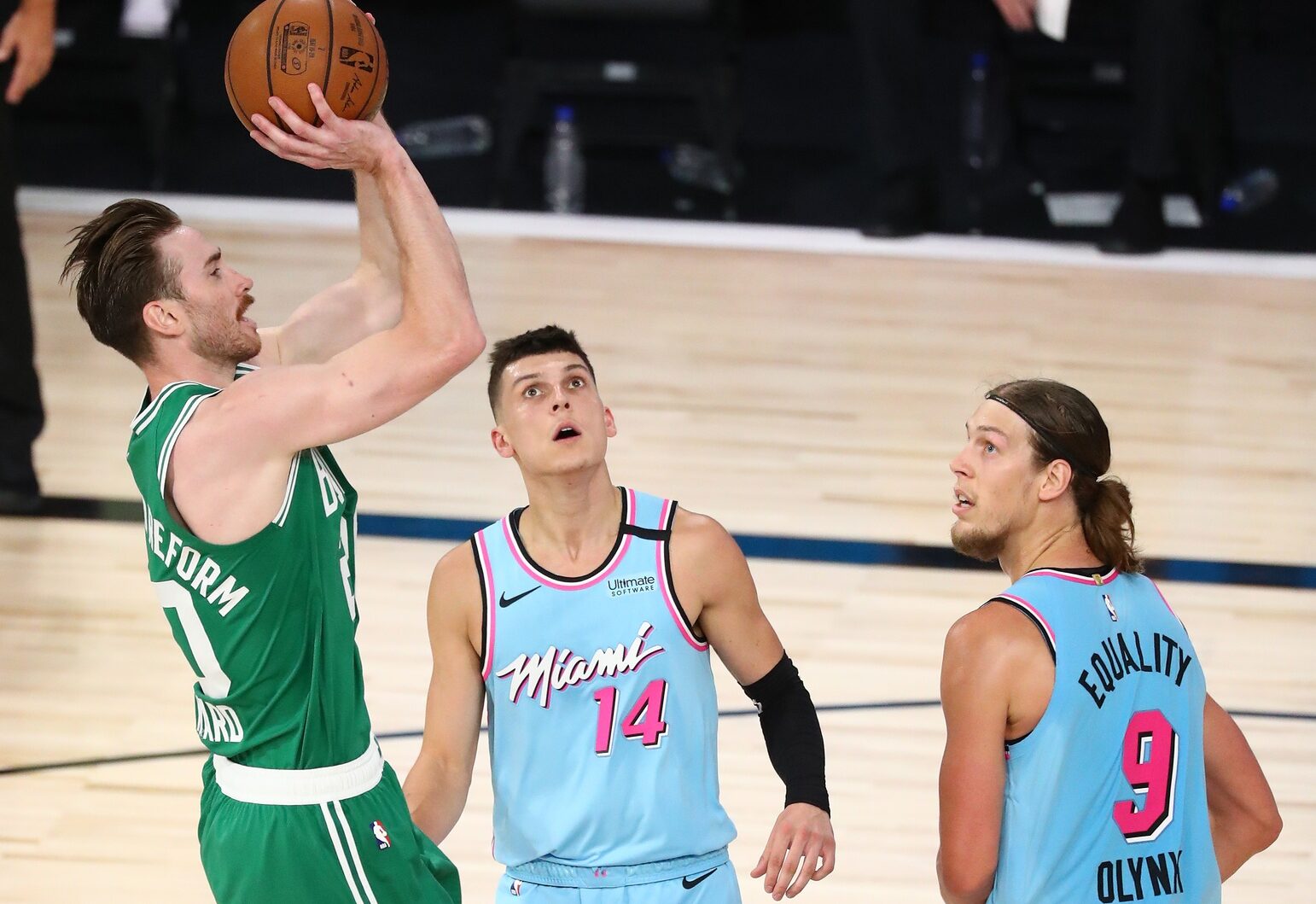 The Boston Celtics are hoping to have Gordon Hayward on the court in Game 3 of the Eastern Conference Finals on Saturday.

With the Miami Heat looking to take a commanding 3-0 series lead in the upcoming contest, the Celtics are reportedly optimistic that they’ll get the former All-Star back in the rotation.

Barring a setback in pregame warmups, there’s significant optimism within the Celtics that forward Gordon Hayward (right ankle sprain) will be active to play in Game 3 vs. Miami tonight, sources tell ESPN. After missing a month, Hayward offers a sizable boost for Boston’s bench.

Hayward could be a major contributor for the Celtics if he is able to go. After all, he averaged 17.5 points, 6.7 rebounds and 4.1 assists per game during the regular season.

Perhaps most importantly, the 6-foot-7 forward would offer the Celtics a major improvement in both size and scoring. While Marcus Smart has played well in the starting lineup in Hayward’s stead, there is no doubt that Hayward is the more complete player on the offensive end.

As for the Heat, they will surely look to test Hayward’s healing ankle should the veteran get the green light.