Report: 3 Calls Went Against Miami Heat at End of Regulation and Overtime in Game 1 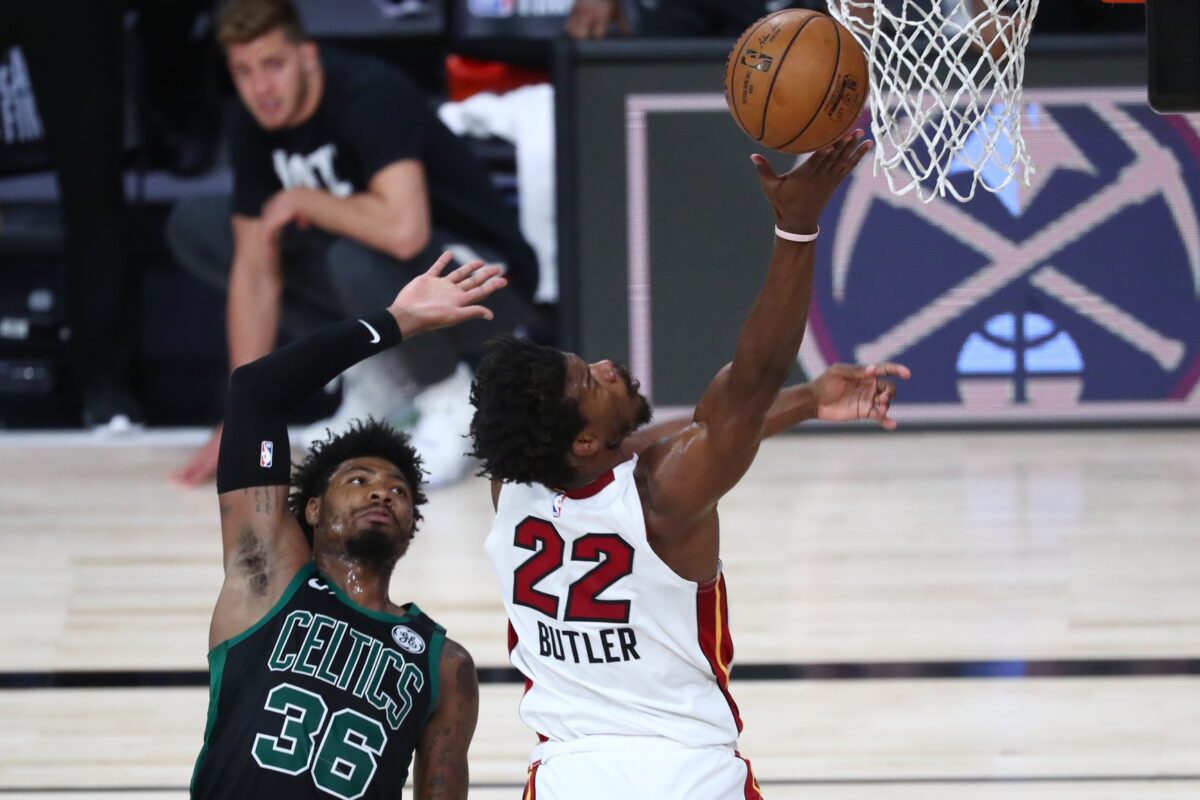 The Miami Heat had a thrilling Game 1 victory in the Eastern Conference Finals against the Boston Celtics.

The Heat needed overtime, and a couple clutch plays by Jimmy Butler, in order to hold off the No. 3-seeded Celtics.

However, the NBA revealed that three calls incorrectly went against the Heat at the end of regulation and in overtime.

The NBA says Derrick Jones should not have been called for the foul with 22 seconds left in regulation, that Jayson Tatum traveled on the last play of regulation and that a Dragic foul call in OT also went against Miami.

The good news for Miami is it still won the game.

However, it came down to the wire as an and-one by Butler gave the Heat a two-point lead late in overtime.

A clutch block by Bam Adebayo sealed the win, but the Heat may have been able to get the game finished up a little easier had the correct calls been made.

Regardless, Miami has a 1-0 series lead heading into Thursday’s Game 2.

The game is scheduled to tip off at 7 p.m. EST from the Orlando, Fla. bubble.